The wannabe gangster Billy Fisher is obsessed with all things retro and old fashioned, to the point where he actually paints his entire body grey in an attempt to make it look like he belongs in an old black and white movie.

This obsession is perhaps brought on by his ability to revert things (and people) to an earlier version of themselves with only a touch. This power can revert adults to teenagers or even further and an encounter with a group of heroes including the likes of American Dream and Adrenaline among others left the heroes as babies with Dragonfly trying desperately to care for a bunch of super-powered toddlers while also tracking down Billy, who was now referring to himself as Vintage and attempting to set himself up as some kind of crime lord.

Dragonfly received some unexpected help in the form of a local politician and Billy’s brother, Roger . Billy was becoming increasingly unhinged as he tried to “help” his brother’s career. Unfortunately Billy  had always been violent and racist and Roger wanted nothing to do with him so tipped Dragonfly off to his location.

Fortunately for the other heroes, Vintage’s powers wore off after a while and the returned to their adult forms. Though a lot of them joke that Adrenaline never really grew up and still hasn’t.

Vintage spent several months locked in a maximum security penitentiary after his arrest but when Nevermore broke into the prison in an angry attempt at revenge on the then incarcerated Shaman, he inadvertently allowed a number of prisoners to escape. Vintage among them.

Vintage’s current whereabouts are unknown and he hasn’t been heard from for quite some time but it’s surely only a matter of time before he shows up again. 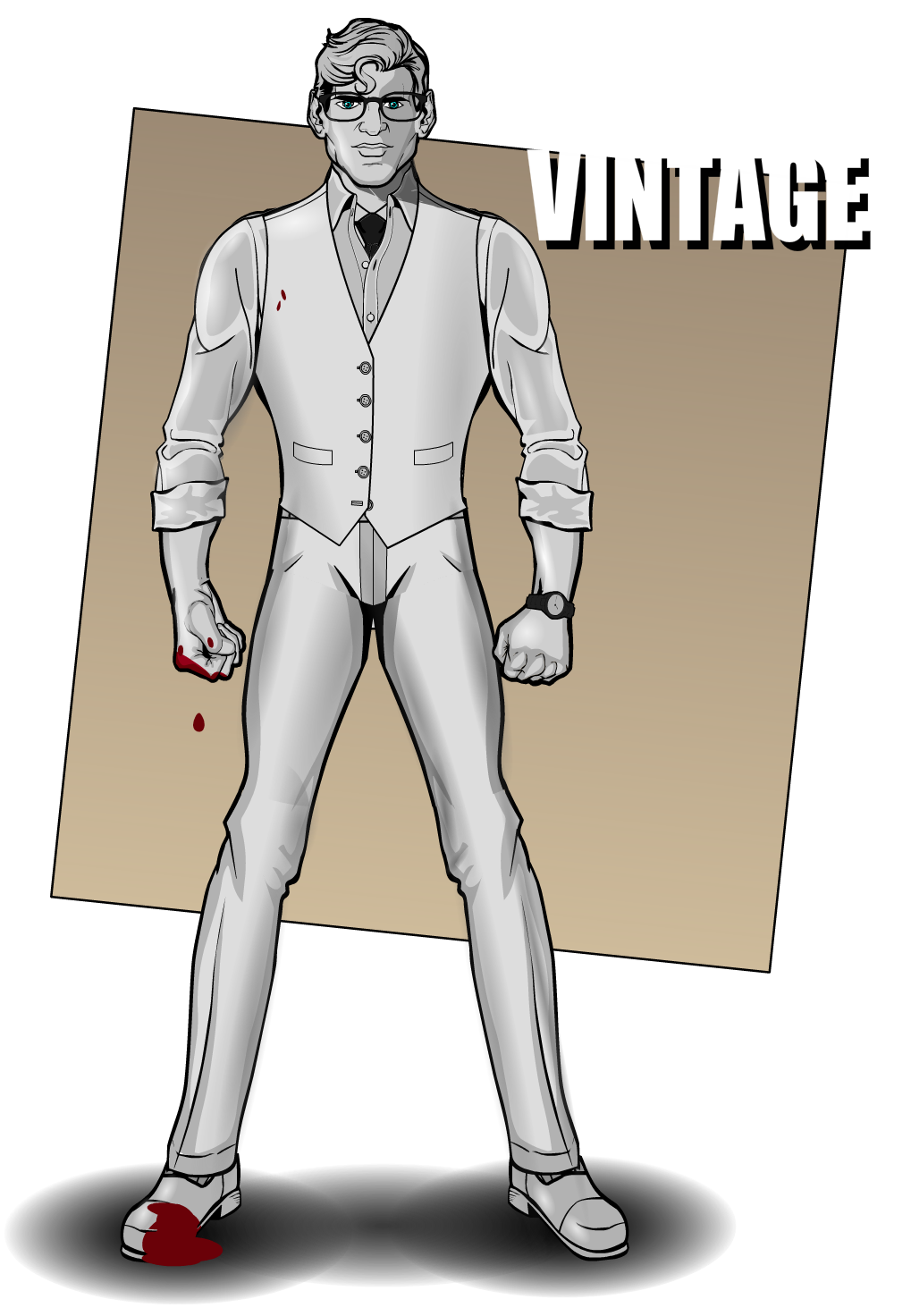