Here is Adrian Cross, a former student of the Institute who has 2 black wings.

The wings’ feathers are nigh invulnerable and can be launched as projectiles. The wings are also prehensile enough where they can be used for attacks or for shielding Adrian. Adrian initially was not too social at the institute as he was the genius loner type. He was one of the better students at the Institute and one of its best strategists. He had a tendency to be blatantly honest, cold, and tended to think logically and pragmatically. This did not win him many friends, though he was friends with Connor Smith, who is secretly the trickster spirit Coyote. He was accepted by more people after he came up with a strategy to take down several of the villains attacking the institute. 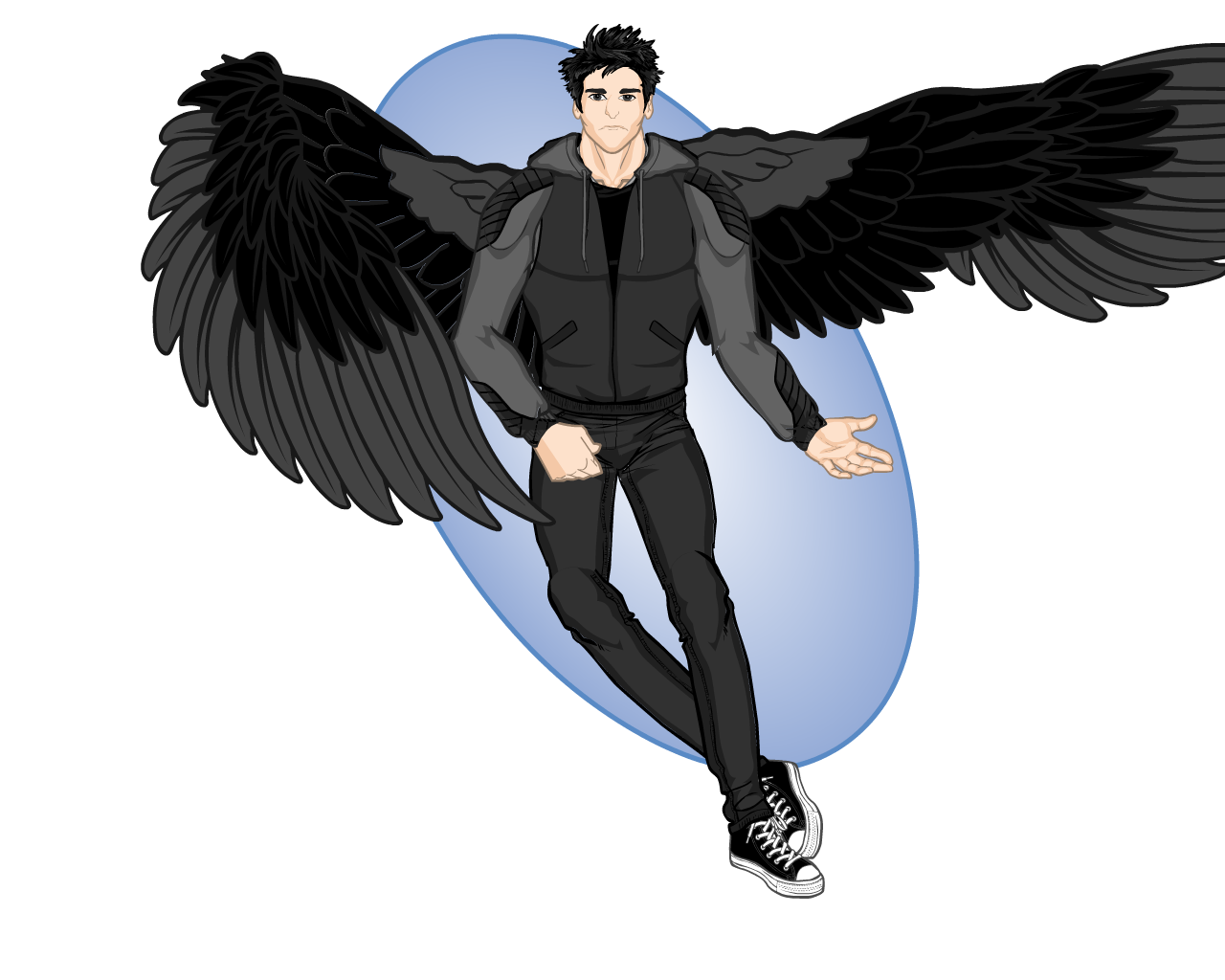 The government saw his powers and gifted mind as an asset and he was recruited to join the black ops team SPARO. He has risen up the ranks and is usually second in command in the field. When he is not with them, he fights crime as Raven. 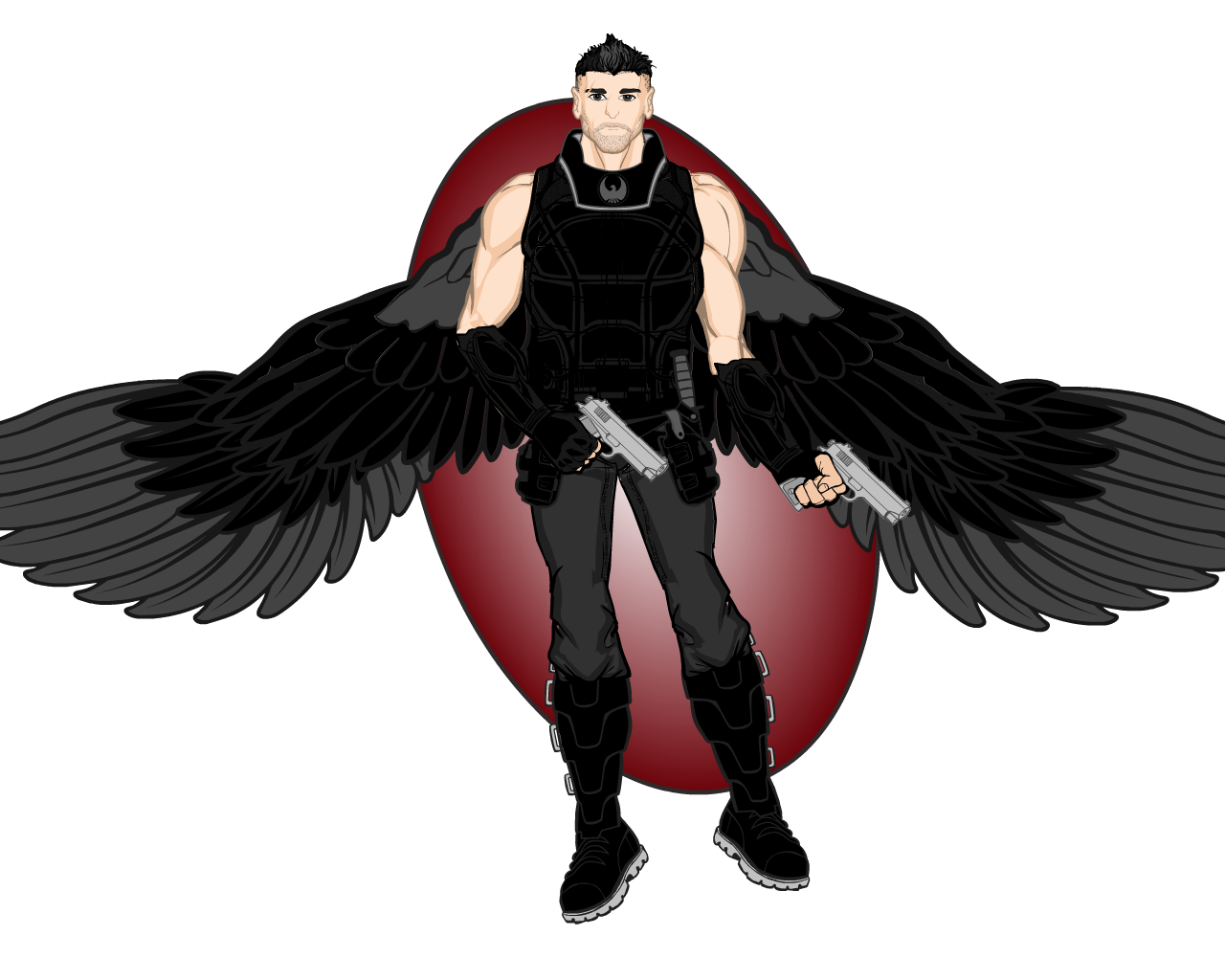