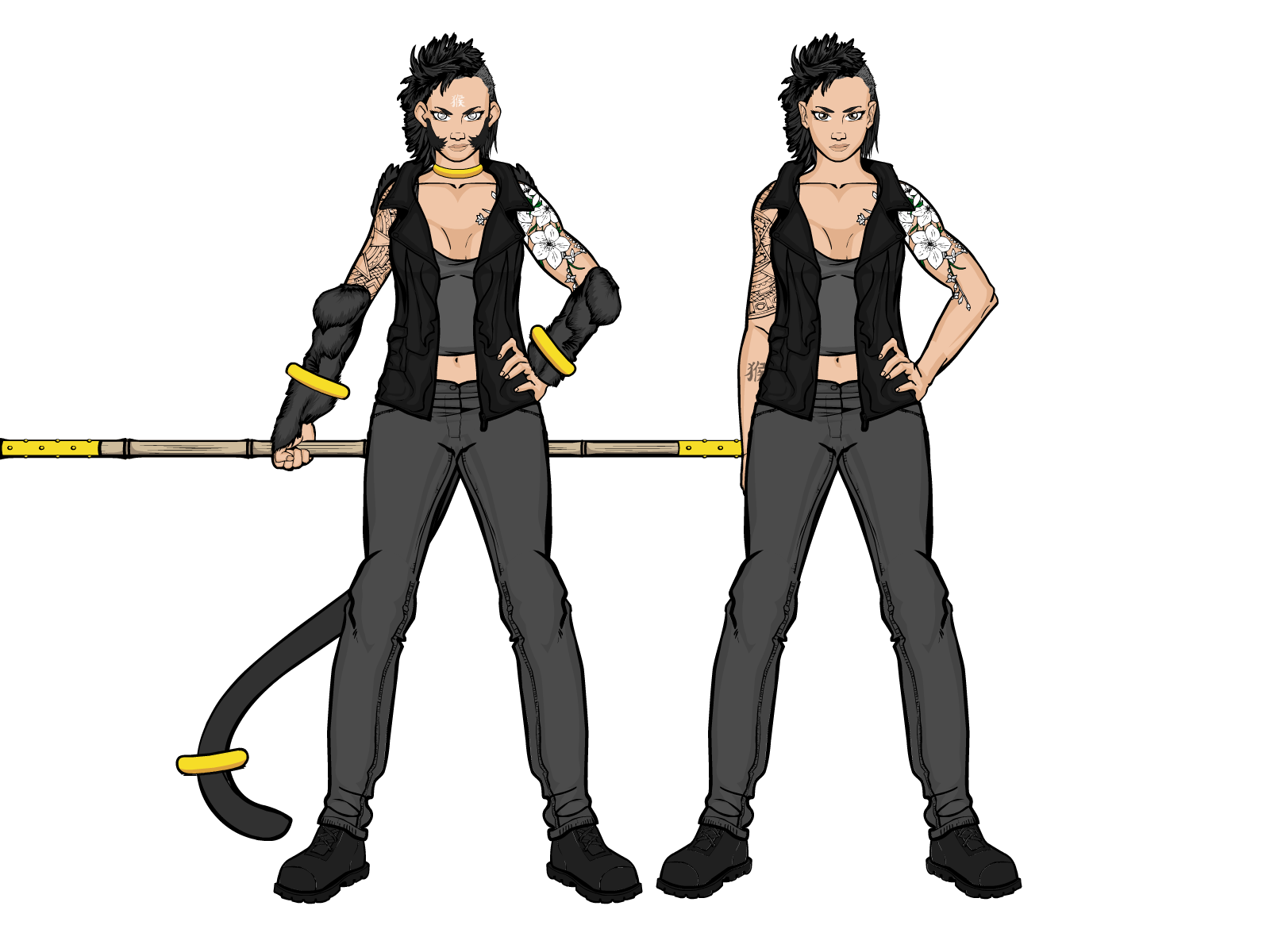 The joker of the zodiac spirits, Makura the Monkey loves having fun above all else. Hugely energetic and exuberant, she is always looking for the next game to play or prank to pull. She lacks self control, if there’s something she wants, she’ll have it, if there’s something she wants to do, she’ll do it, no matter the consequences. She always puts pleasing herself ahead of pleasing others, but that doesn’t mean she is without empathy. She is a surprisingly good listener and is much wiser than most would give her credit for. When she needs to be serious she will be and is very good at reading people and situations. Having said that, she does mostly use her perceptiveness to figure out how to annoy the other spirits, her favourite targets being Mihira the Tiger and Vikarala the Pig. She harbours no malice against them, it’s just they’re the easiest to annoy. Vikarala sees Makura as very childish, and despite his highly tolerant nature, Makura is the only spirit that can really push him to the edge. And as for Mihira, well the Tiger is very highly strung and that is a target that the Monkey cannot say no too. She’s also one of the few spirits that can actively take on Mihira in competition, due to her amazing agility, she can land hits without taking a hit. Of course, if Mihira were ever to catch her, it would be curtains. As for the spirits she gets on with the best, well, Kubira often acts as Makura’s pranking buddy, she’ll make use of his stealth ability to set up her pranks, plus the Rat is very good at knowing how to endear himself to the Monkey. Anila is the only spirit Makura doesn’t mess with. She respects the Dragon spirit, the two have a long history and started out hating each other. No-one really knows what changed, and neither will tell, but something happened to make their attitudes towards each other alter and now the two are close allies. Makura’s amazing agility is primarily down to her spirit ability. She can leap the second furthest out of all the spirits (although nowhere near as far as Antira) and her sense of balance is peerless. She can hold on to the smallest of ledges and climb vertical surfaces, with such quick reflexes that she can change course ina heartbeat. In any enclosed space, there is no force on earth that could keep up with Makura. This ability is also bolstered by the Monkey spirit’s chosen host. Lucy George was a street dancer and a parkour/ free runner. Already having an excellent base coordination and balance, fusing her skills with Makura’s has made for a formidable pairing.