This is just an experiment costume that ended up becoming a character that’s been floating around in my head for a while now. I may make her a new costume at some point as I’m not entirely convinced this one fits the theme of the character.

Standing only 4ft 9 tall, Kaori Ashida is not an intimidating presence by any stretch of the imagination. Appearances can be deceiving though and Kaori may be one of the most powerful meta-humans on the planet.

Kaori’s power is “video game physics” and it allows her to do many things that defy standard physics. For instance, she can teleport by glitching, pass through walls by no-clipping, can store things in an extra dimensional “inventory” and can heal most wounds with simple bandage.

She is actually achieving all of these things by manipulating reality itself and if she ever learns to fully control her powers, she could very well become nigh-omnipotent.

For now, she’s happy to just protect her hometown of Boston as the hero Cherry Bomb. Confusing and infuriating every bad guy that crosses her path. 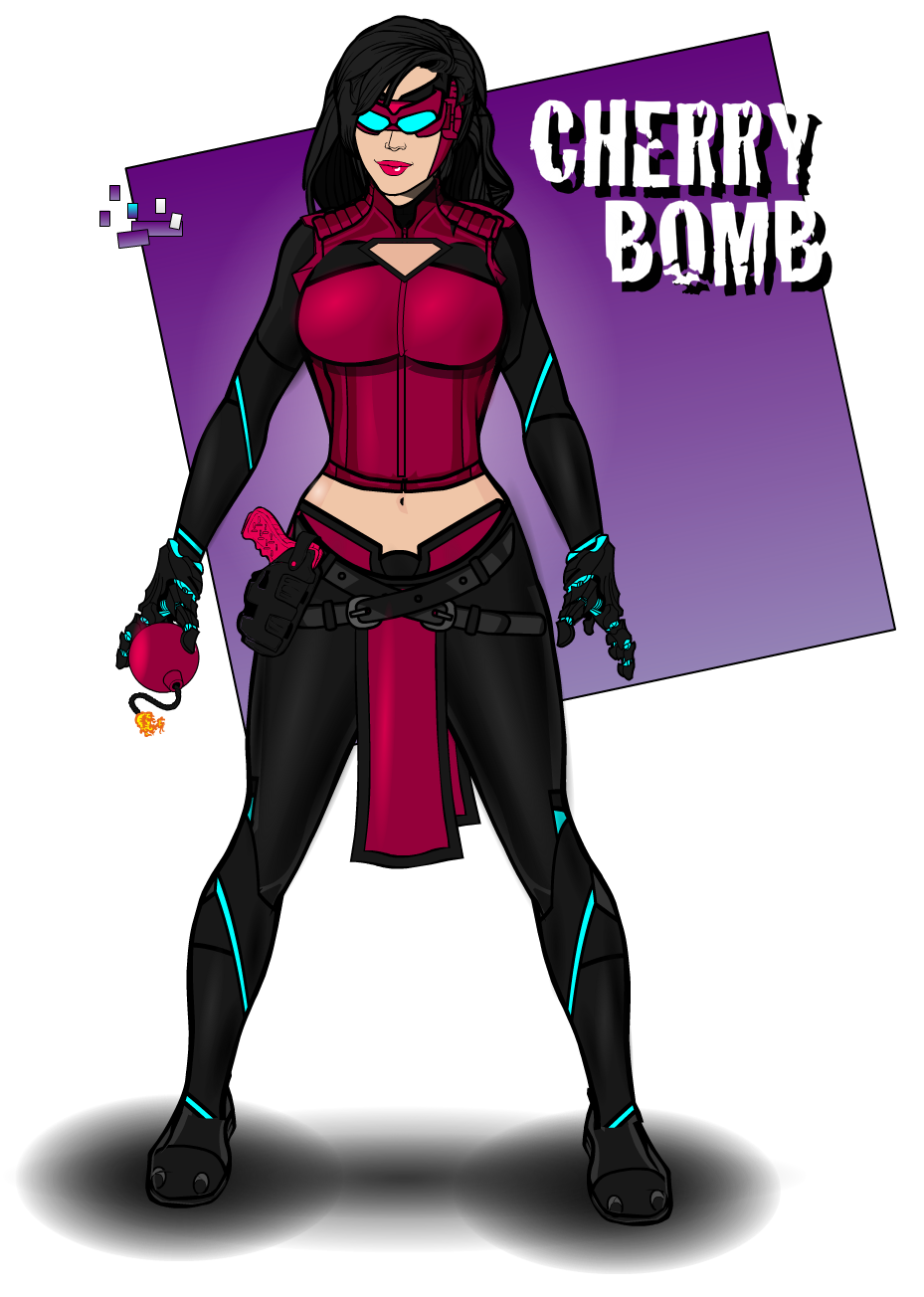