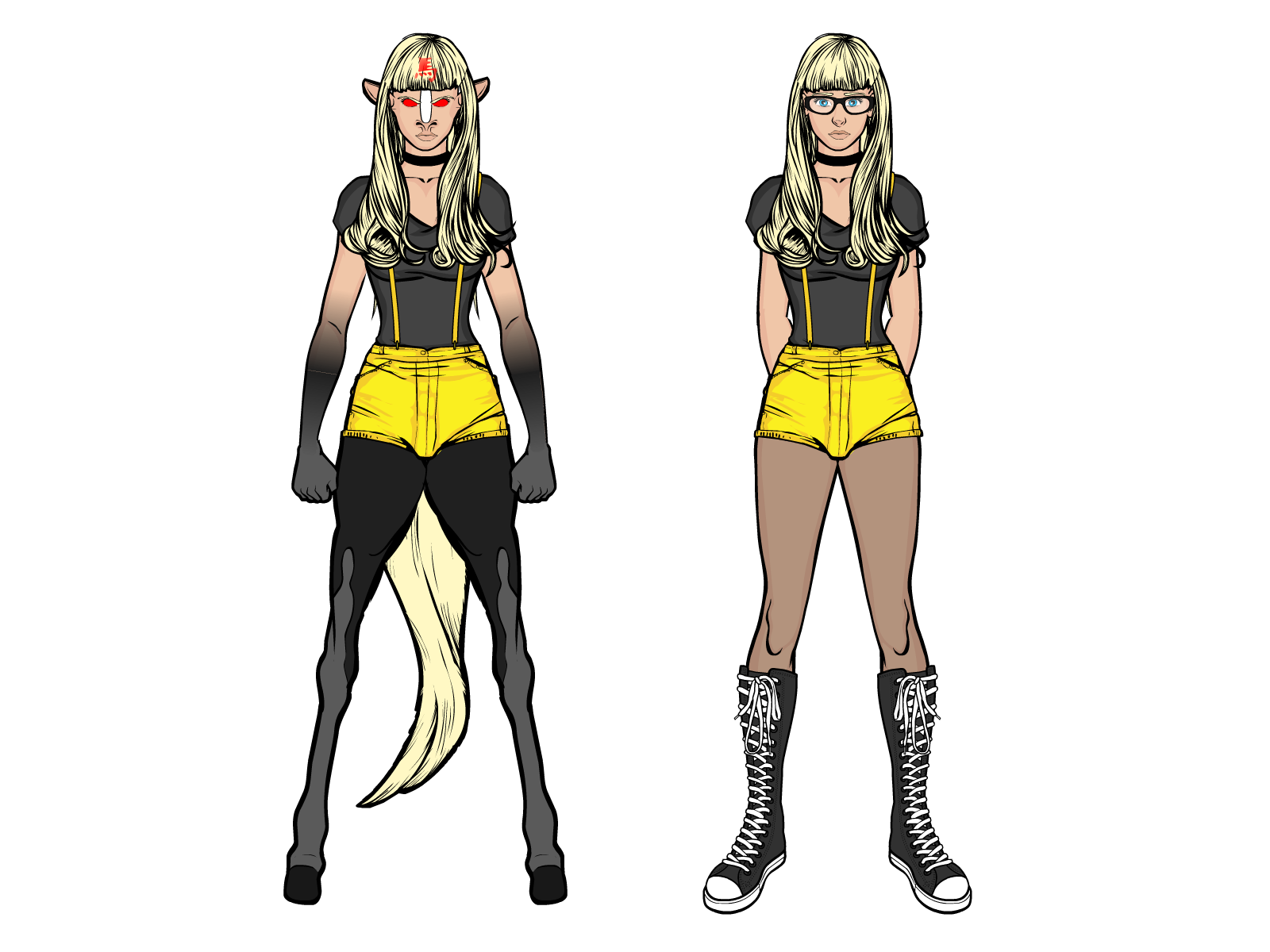 As one might expect from the Horse spirit, Indra is by far the most energetic of all of the zodiac. She loves nothing more than to be on the move and cannot stand to be still. This, of course, makes her very impatient and also rather independant, as she often sees others as slowing her down. She loves to race and is always testing herself against anything she can to see if she can outrun them. If anything or anyone should slow Indra down, they can expect to be on the recieving end of a barbed comment from her sharp tongue, as she has quite the repetoire of put downs and snide comments. The spirits usually on the recieving end of such disparagements are Kubira the Rat, Vajra the Ox and Antira the Rabbit. Indra does not like Kubira one bit, she sees him as creepy and a suck up. Vajra is essentially Indra’s opposite, she uses speed/ he uses strength, he takes things slow/ she likes to go fast, he is a hard-worked and loves detail/ she is way to impatient to ever finish anything. They clash all the time and can rarely stay in the same space together without others, just so they don’t have to interact. As for Antira, well, the Rabbit is technically the second fastest of the zodiac spirits and could probably keep up with Indra if she didn’t use her ability. As such, Indra always feels the need to remind Antira that she is still slower, but Antira never seems to care, which annoys Indra more than if Antira actually beat her in a race. She tends to get on well with Mihira the Tiger, both spirits are highly competitive and are very proud of it. She also gets on well with Pajra the Sheep and Catura the Dog, which is somewhat surprising considering their close friendships with Antira. Indra’s top speed when using her ability has never been measured, but she has managed to outpace various sports cars over a mile dash. Her ability also has the added benefit of giving her infinite stamina whilst moving, so she could feasably run forever if there were no obstacles in her path. However, unlike Vajra, her stamina will deplete if she stops. Obviously, Indra’s main consideration when choosing a host is “how well can they run” and, if she could have her pick of anybody in the entire world she’d probably go for a world champion sprinter. However, due to the compatablity restriction she had to settle for Elizabeth Penn. Lizzie isn’t a world class sprinter, though she has done a few charity marathons and jogs regularly as part of her daily routine. She is (or was) a school teacher, in sports yes, but still, Indra can’t quite get over the fact that she didn’t get that champion sprinter. By the time Indra is through with her, Lizzie will be ready for the Olympics, or at least, that’s what Indra hopes will happen anyway.