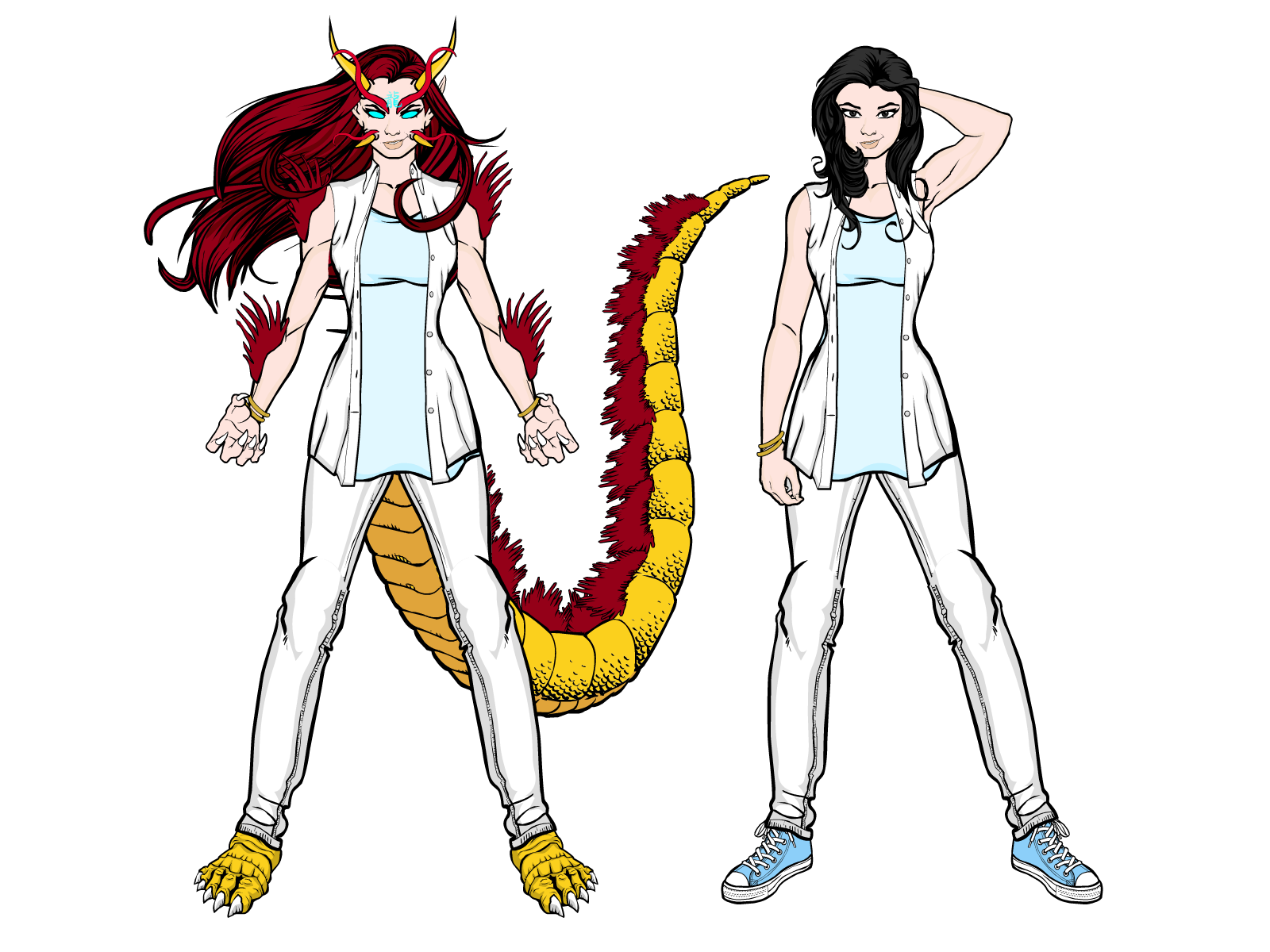 The most powerful and the defacto leader of the zodiac spirits, Anila the Dragon is a natural leader, fearless, charismatic and surprisingly warm-hearted. However, she has a ruthless streak and will do whatever it takes to win, no matter the cost. Because of her status as the most powerful spirit, Anila is by far and a way the most ego-driven of all of the zodiac, and has been known to disregard sage advice if she feels it would make her look bad or others look better than her, leading to some tension with other strong willed spirits. She especially doesn’t get on with Vajra the Ox, who is as stubborn as Anila and often prefers to take a slower, more cautious route, which often conflicts with Anila’s despires. She also isn’t fondly regarded by the trio of Antira the Rabbit, Pajra the Sheep and Catura the Dog, who are the more reserved and less forceful personalities amongst the spirits. Amongst them, Anila is often seen as somewhat of a bully. However, there are other spirits that see Anila’s natural self-confidence as good leadership and get along quite well with the dragon, one such spirit being Sindura the Rooster, even if Anila can sometimes ruffle his feathers by changing the plan on the go. Another spirit she gets along well with is Makura the Monkey, in as much as Anila is pretty much the only spirit that Makura listens to most of the time, and one of the few spirits the Monkey truely respects. As for Kubira the Rat, well, it’s not really clear whether or not he really likes the Dragon, but he’s smart enough to know that keeping on the good side of the most powerful spirit is beneficial and the best way to do that is to stroke her ego as much as possible, so it’s not like Anila is complaining. In terms of her spirit ability, Anila is the only zodiac able to truely fly, due to her huge reserves of magical energy that make her so powerful. She is also impervious to fire for short periods of time if she concentrates hard enough. Of course, in spirit form she is far more powerful, essentially invincible, but each spirit has to deal with the limitations of the human bodies that they inhabit. For some this is a boon, such as Kubira the Rat or Antira the Rabbit, but for many of the more powerful spirits it is somewhat of a hinderance, as it was designed to be. For her host, Anila sought out and inhabited Zhihao Zhu, or Zee to her friends, a fashion magazine editor and blogger with a desire to be the best, not matter what.