Here is Jesse Cardenas, former student of the Institute turned teacher. He teaches both English and Combat. Jesse’s father was the super thief/villain Spectre and Jesse inherited his father’s ability to become intangible, though Jesse was later able to become invisible while intangible. 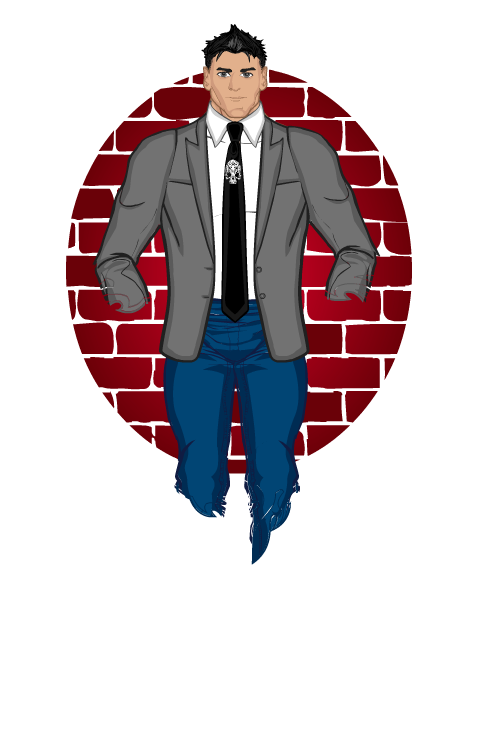 Jesse and his mother left his father when they found out about his dual life. His father still loved his family and spent a good deal of his stockpiled cash trying to find his family to little success. They would eventually be reunited when a group of villains, including Spectre, invaded the Institute. Many students died in the attack and Jesse was integral in bringing down the mad Jack. He later found his father there trying to steal technology. Jesse managed to convince his father to help him stop his comrades and eventually turn himself in.

Jesse is a quick thinker, his abilities giving him enough time to formulate plans on how to tackle whatever obstacle is in front of him. He would eventually fight crime under his dad’s moniker, Spectre, trying to redeem the name.