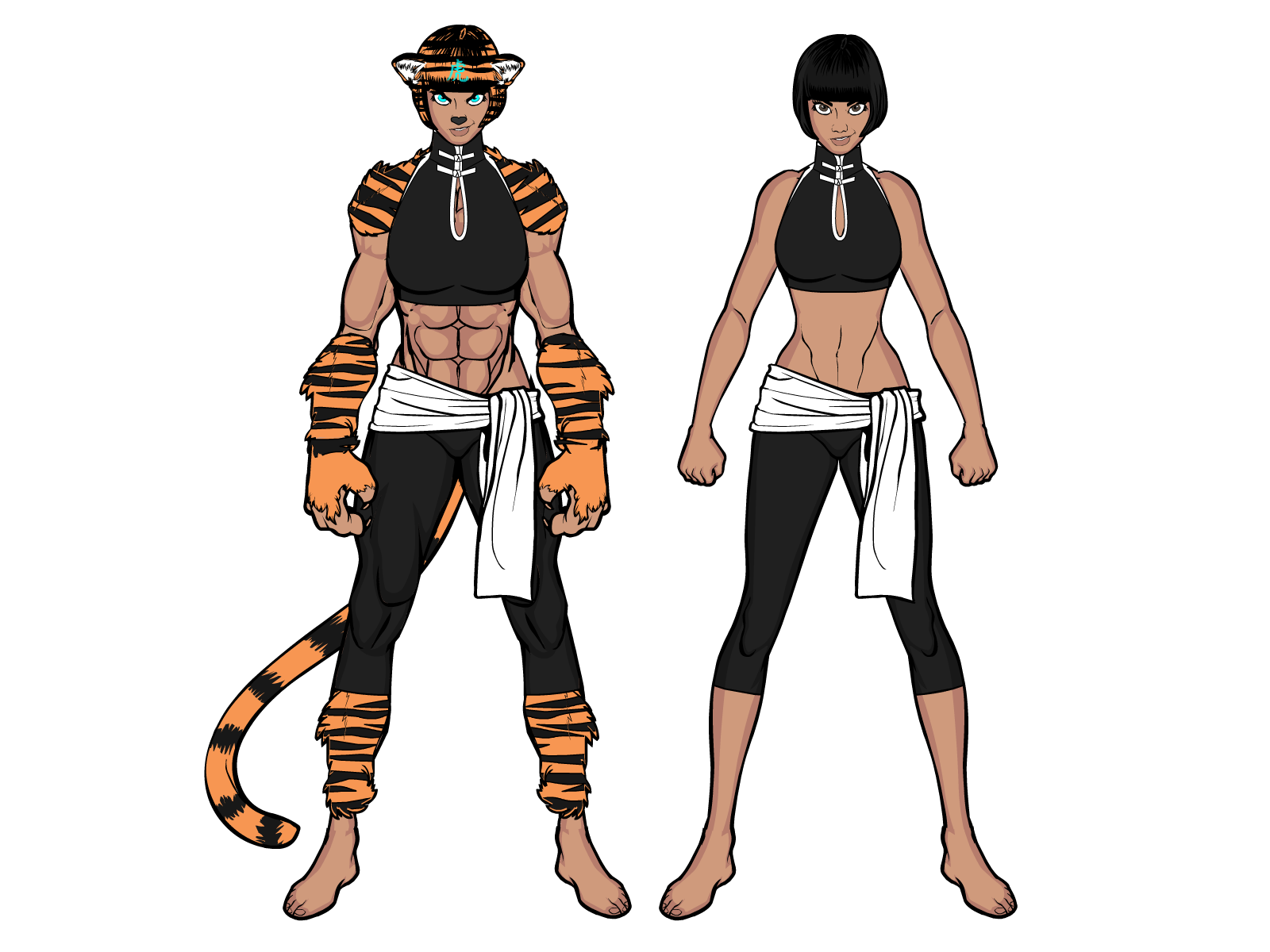 Probably one of the most dangerous zodiac spirits, Mihira the Tiger couples power with supreme intensity and a personality highly predisposed to huge emotional swings. Her mood can change in an instant and she is not to be crossed when angry. The strongest physically of all the spirits, by virtue of her spirit ability, alongside her own naturally fearless nature,  only Anila the Dragon and Vajra the Ox would stand a chance against her should they come to blows. But even with her unpredictable disposition, there are only a very few spirits that Mihira cannot deal with. She openly dislikes Sandilya the Snake, whose analytical approach clashes with her own head-first way of life, and she has somewhat of a rivalry with Makura the Monkey, mainly over their differing power vs. speed approaches to fighting. Makura, being the prankster of the group, is the only one who actively goes out of their way to antagonise the tiger, something which a lot of the rest of the group do not appreciate. On the other hand, Mihira gets along relatively well with Indra the Horse, Catura the Dog and Vikarala the Pig. Indra because she is another of the highly competative spirits, but one that doesn’t feel the need to compete with Mihira directly. Catura mainly because he is the best at calming Mihira’s more agressive tendancies and also, Mihira sees him as somewhat of a younger brother, especially in this incarnation. Vikarala mainly gets on with Mihira because they both don’t like Sandilya and Makura, plus she appreciates the Pig’s honesty. The host Mihira chose for this incarnation was Yasmin Jiang, a former judo champion, as the Tiger spirit appreciates hosts with fighting prowess as well as a compatible personality.