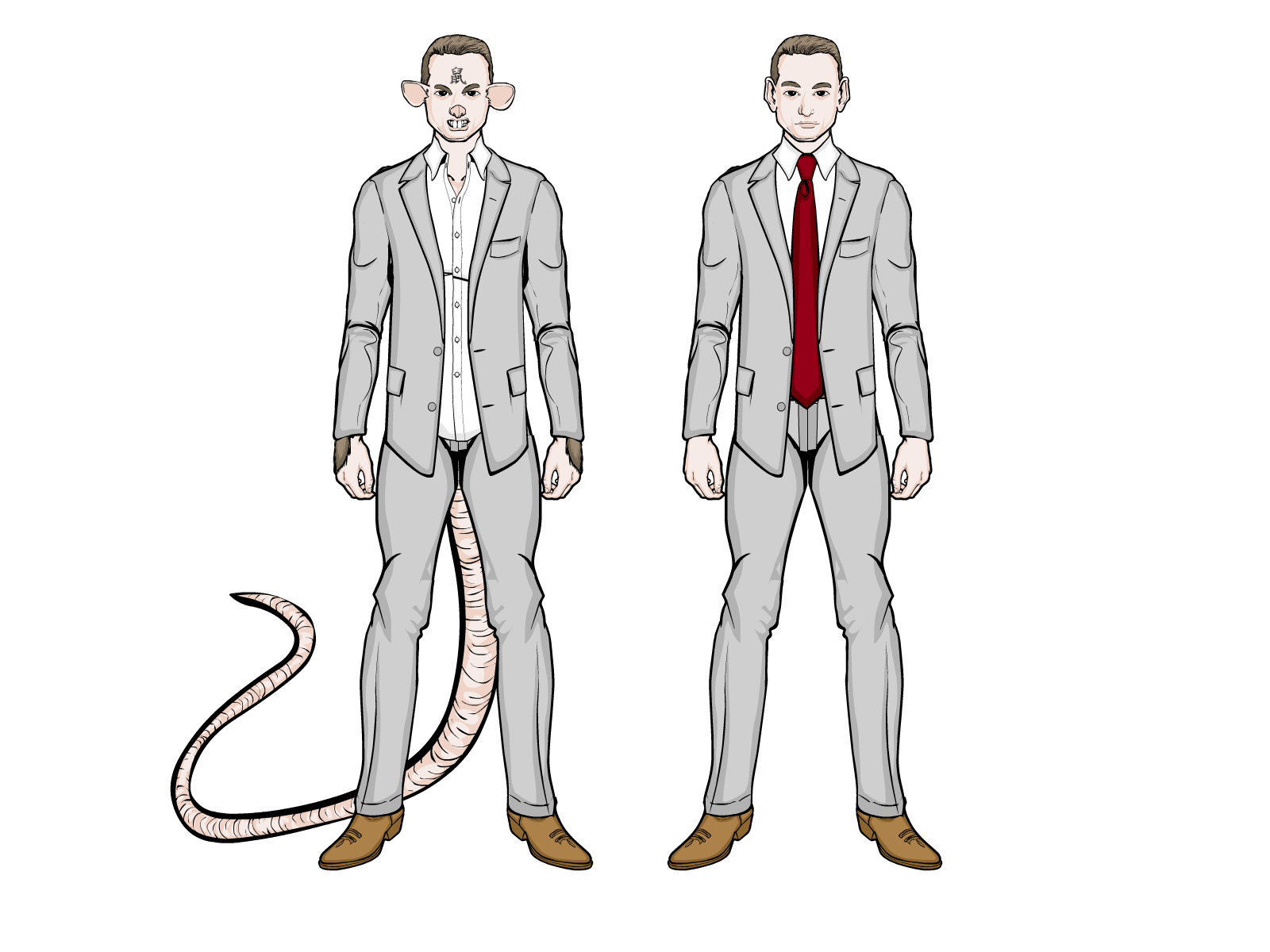 One of the twelve zodiac spirits, Kubira represents the Rat and is by far the trickiest of the twelve. Intelligent, inquisitive and highly manipulative, Kubira knows how to get his own way, even with the most obstinant of his fellows. Of course, his almost underhanded nature does put him at odds with some of the other zodiac spirits, especially Sindura the Rooster, who has no time for his intricacies and schemes. Nor does he get along well with Antira the Rabbit or Pajra the Sheep, both of whom find him a little creepy. However, Kubira does know how to make some powerful allies amongst the group. He has made sure to ingratiate himself with both Anila the Dragon and Makura the Monkey, two of the more powerful spirits, by playing to their individual weaknesses, Anila’s ego and Makura’s self-serving nature. As with each zodiac spirit, Kubira has his own special ability, stealth. Kubira can move around undetected to even the most advanced surveillance systems, an especially good tool for his two favourite past-times, gaining knoweldge and acquiring money. Kubira is probably the greediest of the spirits, being almost entirely motivated by personal gain (especially monetary gain), but he can be generous when he wants. Zodiac spirits are drawn to hosts that are most compatible with their personality (usually hosts that are born within the hour, day, solar term and year of the animal the spirit represents), and, as such, Kubira has chosen George Thomas as his host. Thomas was an ambitious, self-serving business executive, who worked his way to the top through a combination of smarts, skill and shady dealings. But now he has found himself thrown into a world he was not fully prepared for, playing host to an ancient mystical creature and having to fight for his life against those that want to take both the power of said creature and its life, and by extension, his as well.