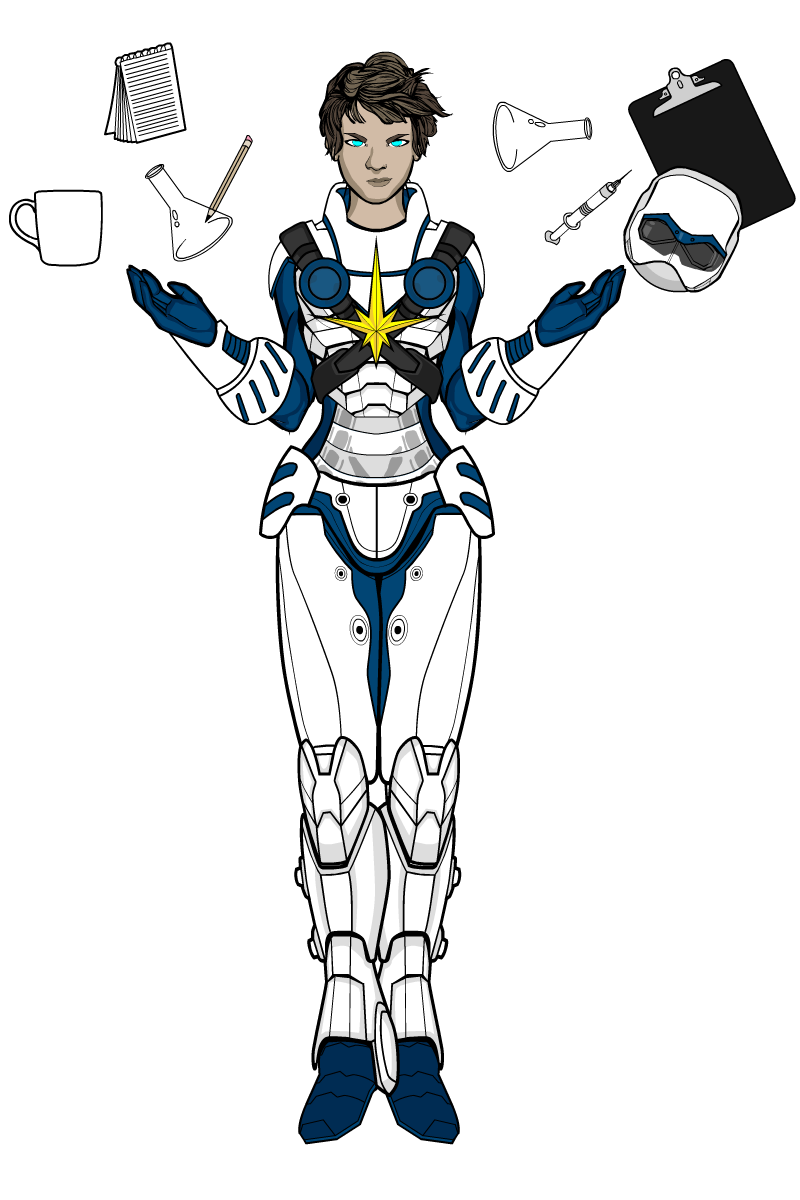 Once a respected physicist working in the field of particle physics, Marie Lavoie gain the power to manipulate the effects of gravity on any object she touches due to a freak accident at the lab where she worked. At first she tried to carry on her work, trying to use her powers for science. However, she was convinced by a friend to use her powers to become a superhero and help people. As Terre, she became the most famous hero in her native France. Problem is, she became rather arrogant and careless and it ended up costing her. During an attempt at foiling a bank heist, she accidentally cause the deaths of a number of hostages, losing her concentration and causing debries to fall on them. Mortified and villified, Lavoie fell into a deep depression. And then the real trouble started, as she was targetted by the sadistic mind-controller, Reuben Balfour. Balfour saw Lavoie as a useful tool and used her to fight against his enemies, breaking her will and messing with her mind to make her more suseptable to his ideas. Eventually she was freed from his control, but the damage had already been done. Due to the length of time she had been under Balfour’s control and the extent to which he had invaded her mind, Terre was no more. Instead, Marie Lavoie had become Gravité, a vengeful villain who used her powers only for personal gain and to harm others.