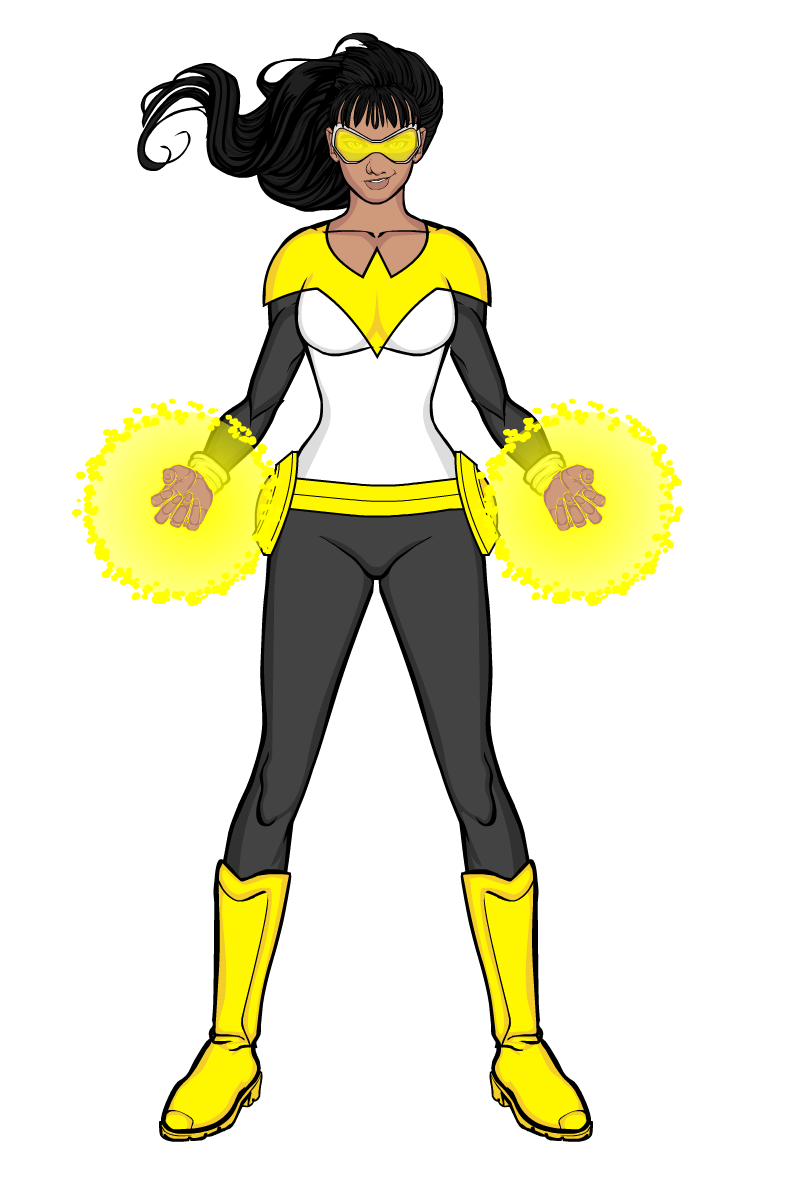 Notes: The illegitimate daughter of Carl Barrett (aka The Watchman), raised by her mother, Maria, and step-father , Julio, without ever meeting her father (and without his knowledge of her existance). She shares many of her fathers abilities, though she can self generate the energy she uses, rather than channelling through an object like he does, hence her powers are much more varied.