I was really struggling to come up with a name for this character. I knew exactly what I wanted her to look like and I knew where I wanted her to be from but other than that I had no backstory to work a name from other than she was a fighter of some kind.

In my search for a name I was looking up words for various big cats in other languages and learned that the Swahili word for lion is “Simba”.

She just had to be Simba from then on because not only is Simba a great character in a great movie (Arguably the best. Fight me etc.) but Simba was also the name of my sadly departed cat who was insane and would fight anyone and anything in her way. 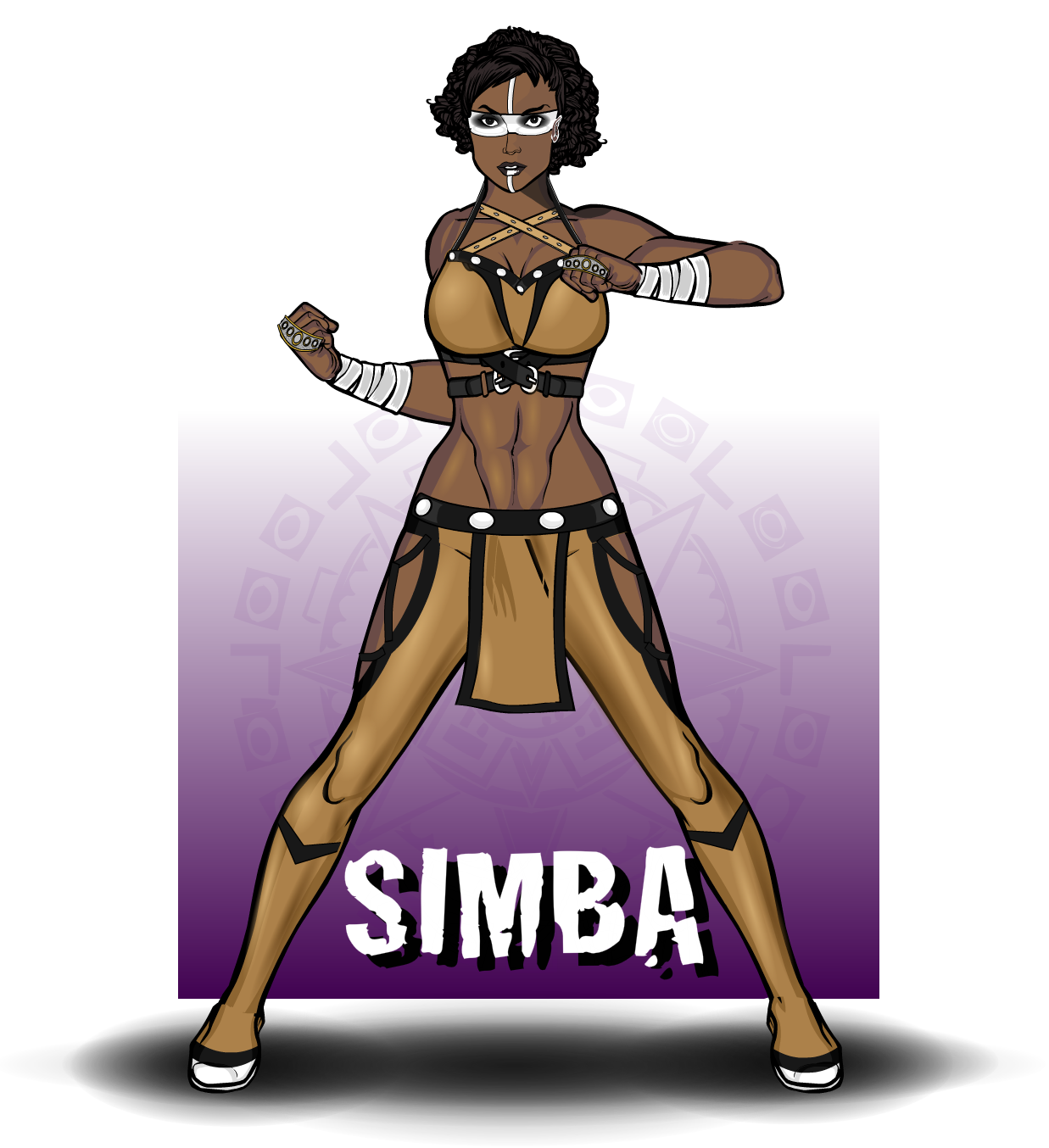