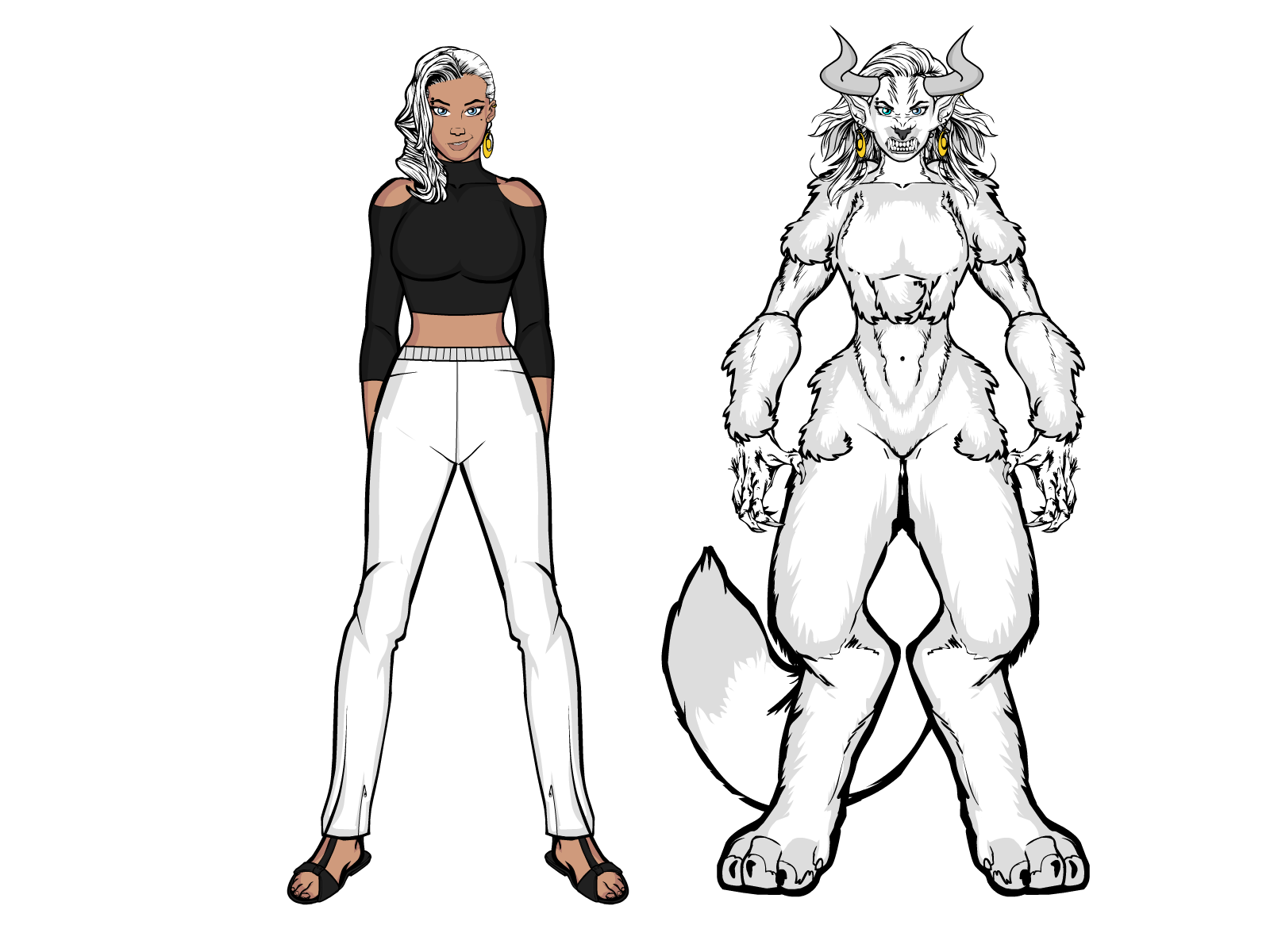 Coming from a long line of shapeshifters, Cameron Harvey has the ability to take the form of a horned, wolf-like beast at will. It is unknown how her family gained their unusual ability, but family lore claims that the ability stretches back over 10 generations, ruling out modern technology, leaving the most likely causes being either magic or an early unrecorded incident of alien abduction and experimentation. What is concretely known however, is that each member of the Harvey family shows some form of shapeshifting ability, most commonly into some form of animalian alternate form, and are easily distinguishable by their dark skin and snow white hair (thought to have some connection to their shapeshifting abilities). The family are generally neutral, prefering to keep to themselves and stay out of trouble. Some of the younger generations have been known to get noticed by authorities however, and Cameron herself is well known by the SRC as a valuable ally (although they originally came into contact with each other when the SRC mistook her and her brother for werewolves after a particularly wild night out).