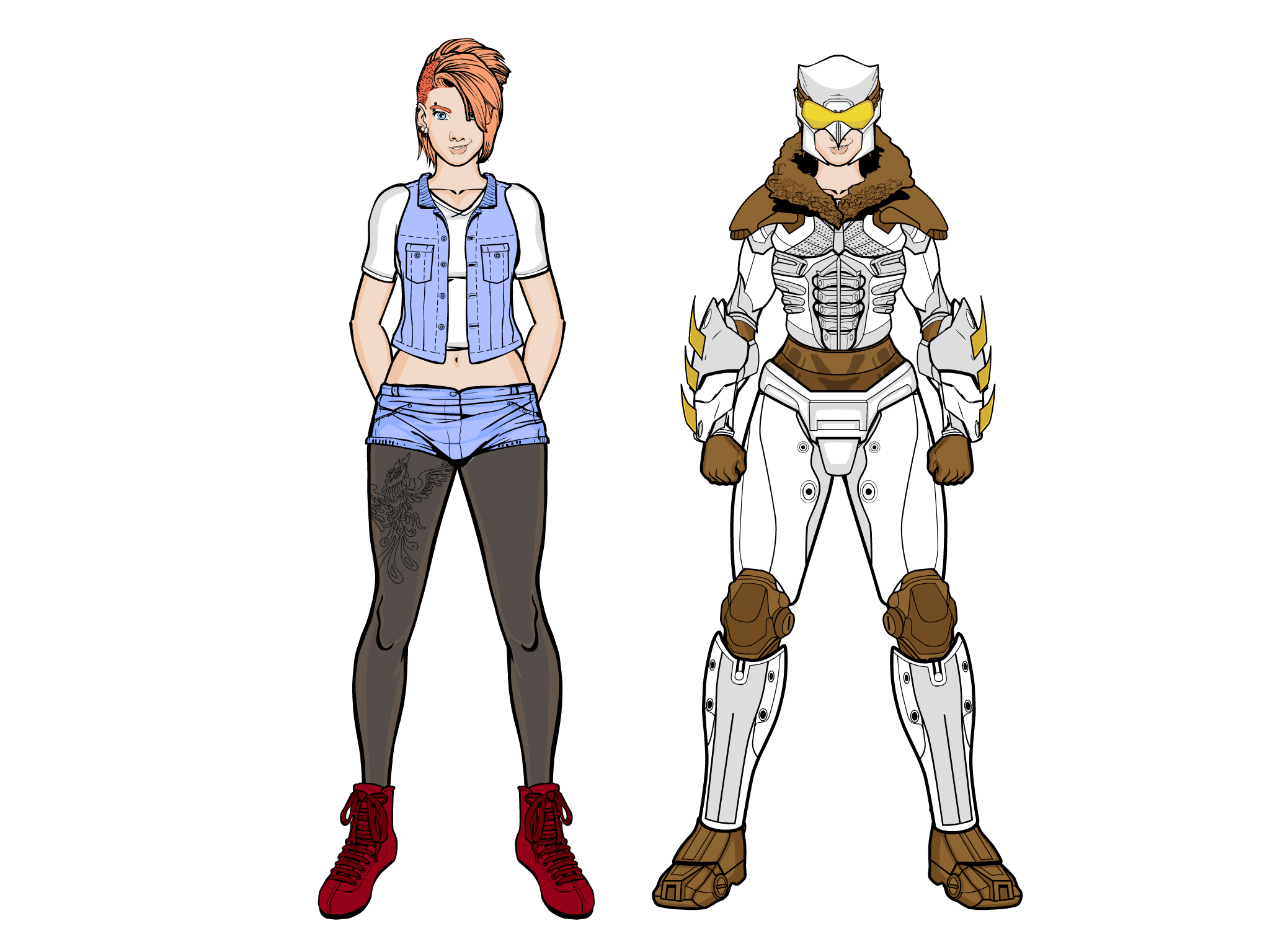 Powers: Heightened Senses and Reflexes, Superhuman Healing, Enhanced Strength
As both the best friend of Kate Quinn (aka Red Kite) and daughter of Frank McCoy (aka Condor), Maria McCoy was always going to get dragged into the world of supers eventually. However, when her father turned against his former employers, Criminal Enterprises, he put his daughter right in the firing line. Despite their best efforts, neither Red Kite nor Condor could fully protect Maria from the full might of Criminal Enterprises and she was severely wounded by Ms Ultra and left on the brink of death. Fortunately, Criminal Enterprises had also created a near perfect solution, one of their most precious superserums was a healing formula, a serum that would allow the user to heal from almost any injury. Teaming up, Red Kite and Condor managed to steal the serum and get it to Maria.  As with all CE serums, there were side effects, enhancing Maria’s senses and strength beyond normal human levels. Now, using a modified version of her dads Condor suit, she helps Red Kite as Osprey.

And I do believe that is the last one for Red Kite at the moment. That was a pretty long series.