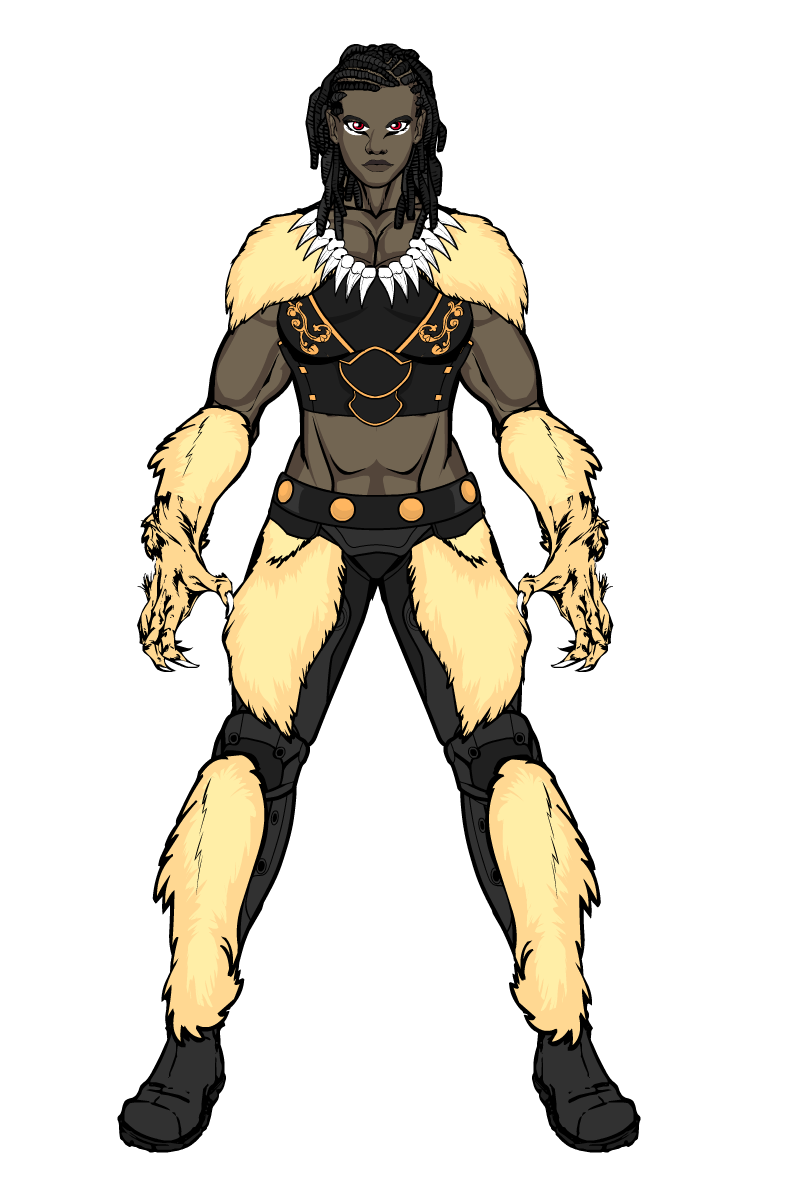 When Masimba Hunzvi (Black Lion) declared a blood feud against Chipungu Tshuma (Bateleur), not only did he force her to flee for her life, he entered the entire country of Nguvu into a civil war. Nguvu is a highly advance but highly secretive country ruled by a council of tribal leaders and protected by each tribes guardian, named after and empowered by that tribes associated animal. But when Hunzvi attacked Tshuma, he drew his tribe into a conflict with hers, setting off a powder keg of tensions that had been controlled for decades. The conflict was short but bloody, with the council of leaders gaining back control. Due to his role in the beginnings of the conflict and his actions during it, Hunzvi was branded a war criminal and sentanced to death, but he escaped before his sentance could be carried out. By tribal law, the guardian must hunt down any fugative criminals of their tribe, leaving the Lion tribe no choice but to appoint a new guardian, Oni Opeyemi, and set her to hunt down her predecessor and bring him back to Nguvu, dead or alive.