I’m back to finally post something after lurking for the last couple months. Work and other hobbies has kept me from machining, but I figure its time I get back into it.

Here is Schroeder, a man who is unmoored from his own dimension. Every universe has a unique frequency at which matter vibrates within it. For an unknown reason, Schroeder’s frequency became out of sync with his own universe so he shifted into another dimension. He remains in the dimension until he is so out of sync that he shifts again. His stays last anywhere from a day to a year at the most, averaging a couple weeks. This is usually enough time for him to get in adventures and help people. He eventually learned how to master his phase difference to teleport within a dimension, though this can destabilize him further. He uses a set of brass knuckles/knives to focus his teleportation. 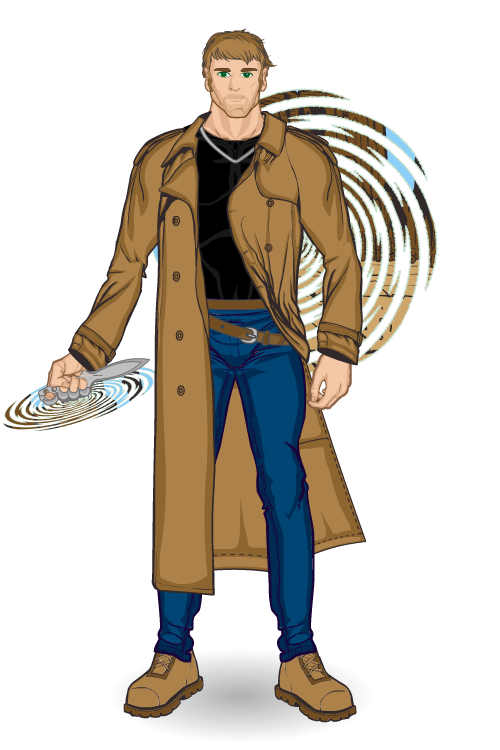