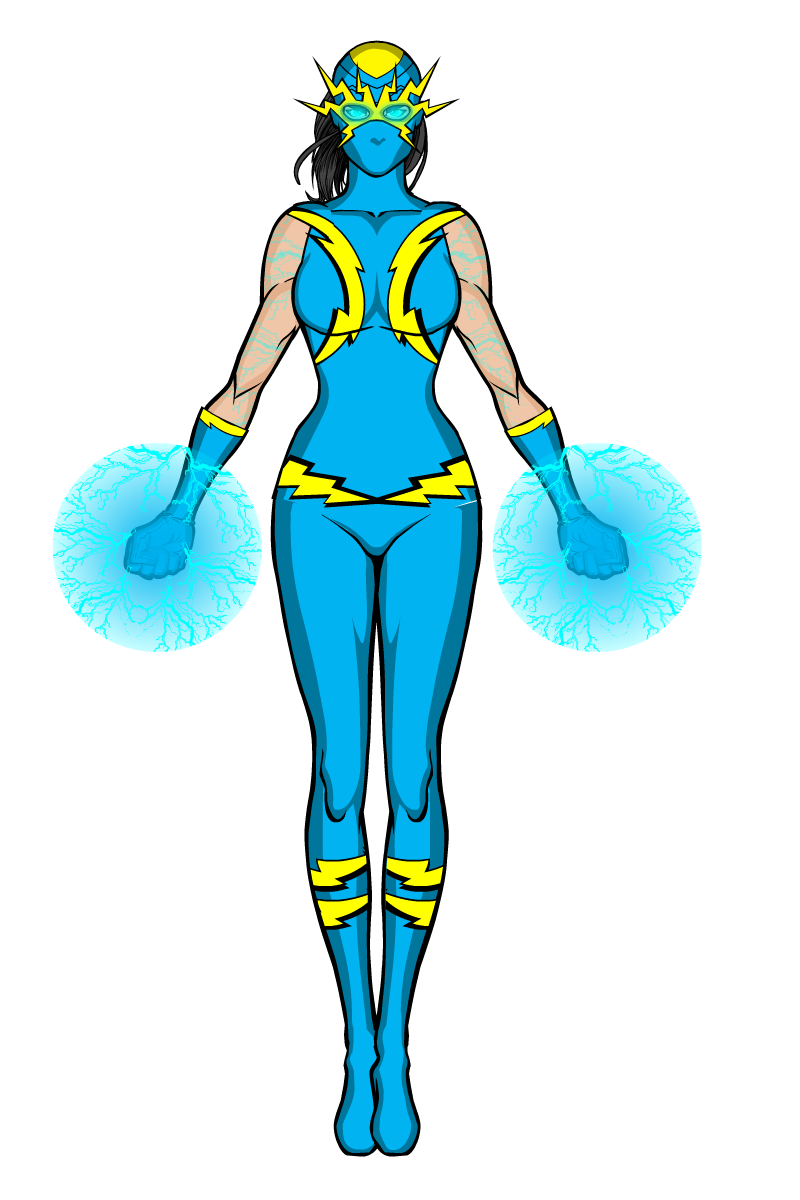 Jennifer James grew up idolising superheroes. She always wanted to be one, but having no powers of her own, she was a bit stuck. She tried learning how to fight and going down the non-powered vigilante route, but that just got her beat up. She tried sneaking into scientific research labs to see if she could get powers through a random accident, but that just got her arrested for trespassing. She even tried to follow superhero fights around hoping that somehow powers might just rub off on her or something. But none of it worked, until one day she was approached by some random stranger offering her the chance to gain powers. Sounds too good to be true right? Well, yes and no. She did get superpowers, but the guy turned out to be from Criminal Enterprises and Jennifer was forced to become a supervillain, not the hero she’d always wanted.. Now as the electricity manipulating Voltea, Jennifer regularly has to fight the very heroes that she idolised, including The Angels, Swan-Song and Red Kite.