Amaunet is one of those characters that I’ve come back to several times and she’s had a bunch of different looks. Not as many as the likes of American Dream but still a few.

Amaunet is one of the few remaining Egyptian heroes still active these days. There were more but most have either died or retired in recent years, leaving just Amaunet and a handful of others to protect their nation from all manner of threats. Amaunet is probably the most popular of the remaining heroes and is valued as a diplomat and advocate of peace.

In the past, Amaunet enjoyed a friendly relationship with many western heroes but after they refused to intervene during the violence that surrounded the Egyptian revolution, she severed all connections. There were political reasons for the other heroes of the world not intervening but Amaunet was seeing people die all around her and politics was the last thing on her mind.

Since then, Amaunet has come into conflict with both the new Egyptian leaders and those who oppose them due to her stance on trying to protect people on both sides, no matter their political views.

The rest of the world has heard very little, almost nothing, from Amaunet for many years now but American Dream has received a call for assistance from her former friend. Dream knows that Amaunet wouldn’t reach out unless she was desperate and wants to help her friend but the political implications of one of America’s best known heroes showing up in another country and possibly causing trouble. She refuses to do nothing this time though and she and a number of other heroes are now headed for Egypt in their civilian identities in an attempt to help without causing a political uproar. 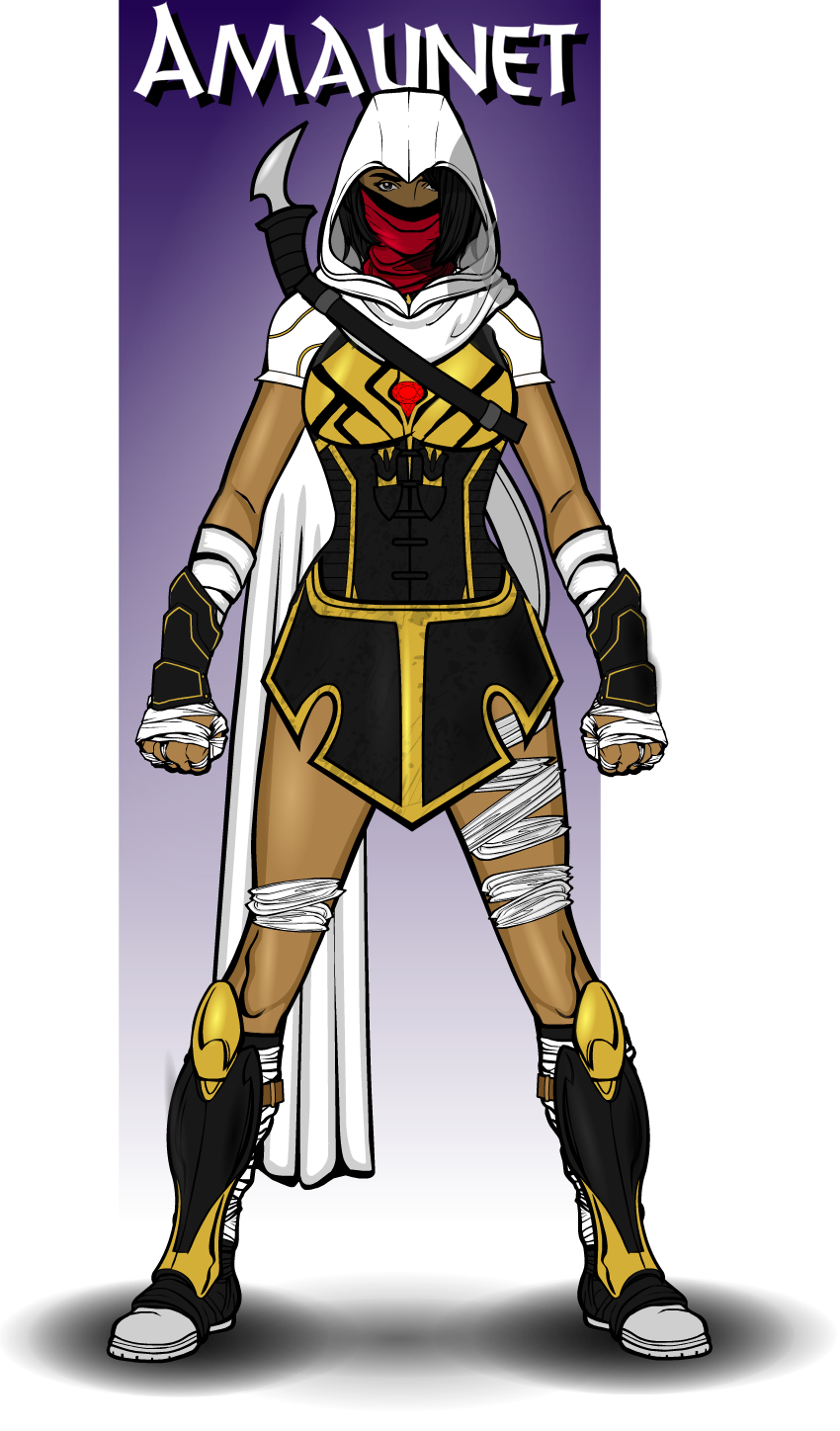