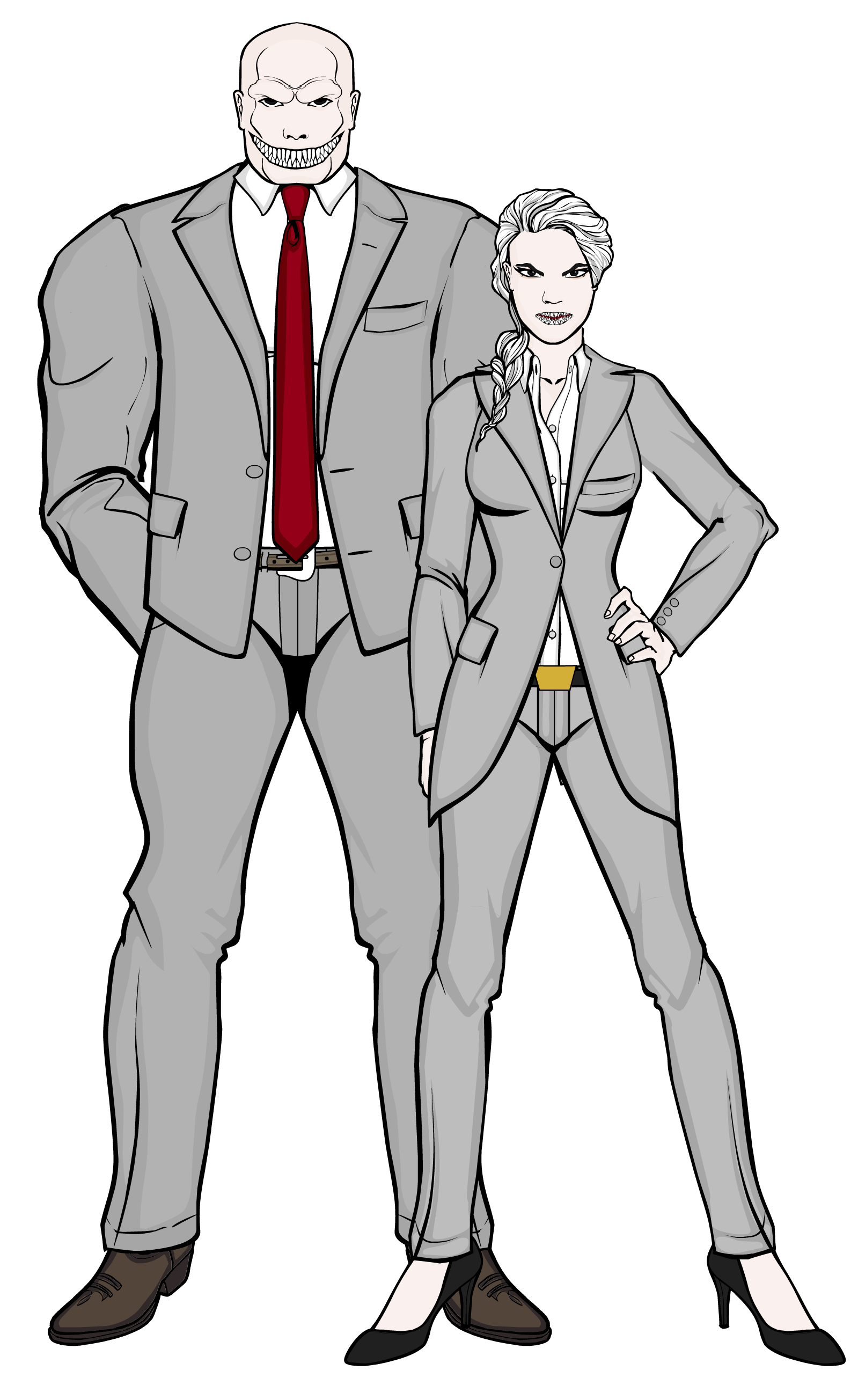 A pair of small time hoods, the Torriano siblings, Joseph and Joanna, where given an opportunity by Criminal Enterprises to join their Emerson opperations. The Torriano’s proved to be adept at their business, so they were given an up-grade alongside a promotion to running the Emerson opperation, just one step below the CE board and taking direct orders from the boss. As part of their up-grade, both were given a new variation on the CE Super Villain Serum, which gave them shark-like attributes as well as a strength/ speed boost. Joseph took on the name Megalodon, whilst Joanna became Mako. Their new powers immediately came in handy, as bosses of an entire branch of Criminal Enterprises they have been put in the firing line of a number of superheroes, everyone from Swan-Song to Red Kite is now looking to take them down.