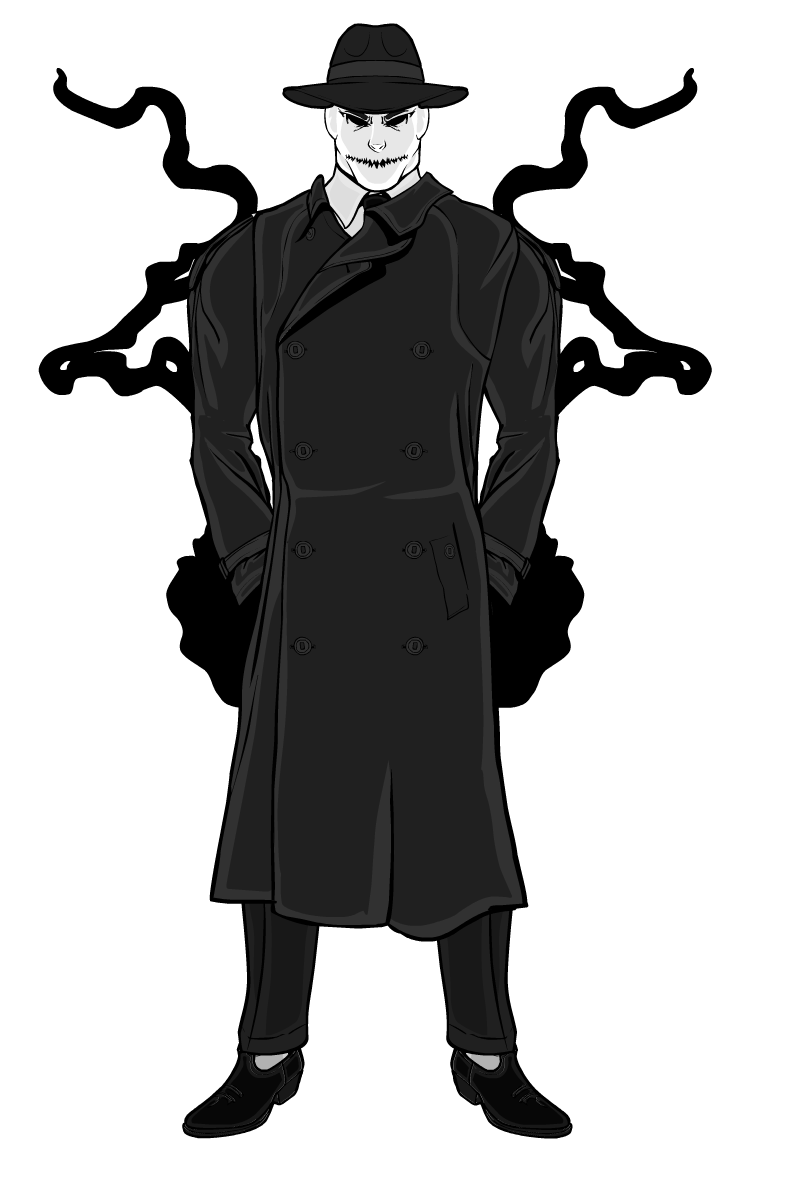 Lucien Marion was once a French immigrant working a desk job day to day trying to provide for his family. That all changed when the company he worked for was crashed and bought out illegally by Criminal Enterprises, to use as a front for one of their various crime rings. Marion wasn’t meant to be working late at the office the night that CE started transfering files over, but he was and he got caught. But instead of killing him, the head of opperations decided that Marion would make a much better test subject for one of their new experimental drugs, a variation on CE’s supervillain formula known as Noir. Unfortunately for Marion, the drug was successful, transforming him into the manifestation of darkness known as Mr. Noir. Now completely without remorse or pity, Noir lives only to cause pain and suffering, even killing of his own family to sever all ties to his previous life. Though he doesn’t directly work for Criminal Enterprises (he slaughtered his captures and escaped shortly after his transformation), his lose affiliation with them and his horrible crimes have put him in the sights of many superheroes, most notably Red Kite.