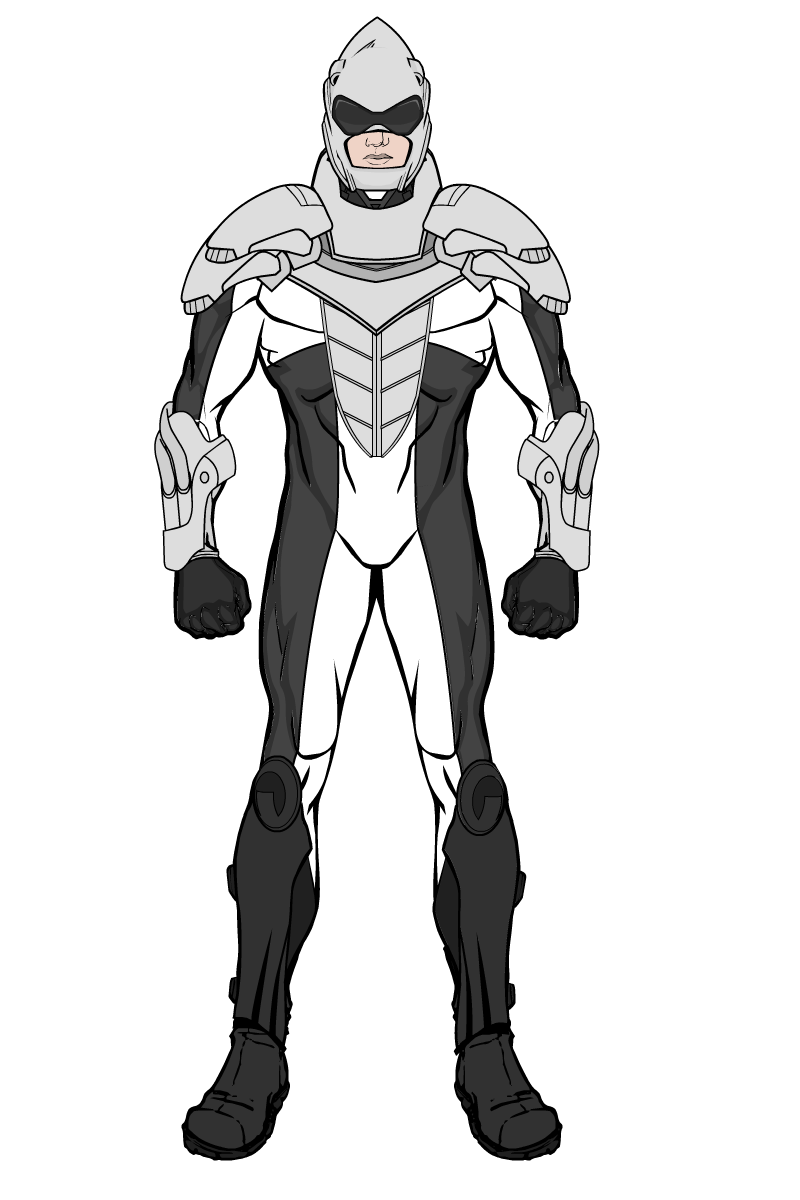 Powers: Unstoppable Momentum (When enough momentum is built up other powers include: Super Speed, Flight, Invulnerability)

Once an Private Detective turned underworld enforcer, Mark O’Donnall gained his superpowers through an underground lab set up by Criminal Enterprises to create supervillains. After building up enough speed, O’Donnall is virtually unstoppable, being able to pierce through steel and concrete like paper, with his custom helmet protecting his head, neck and shoulders from any major damage. However, at such speeds it is very hard for O’Donnall to turn, so if he wishes to use his full power, he has to make sure his target is directly in front of him.