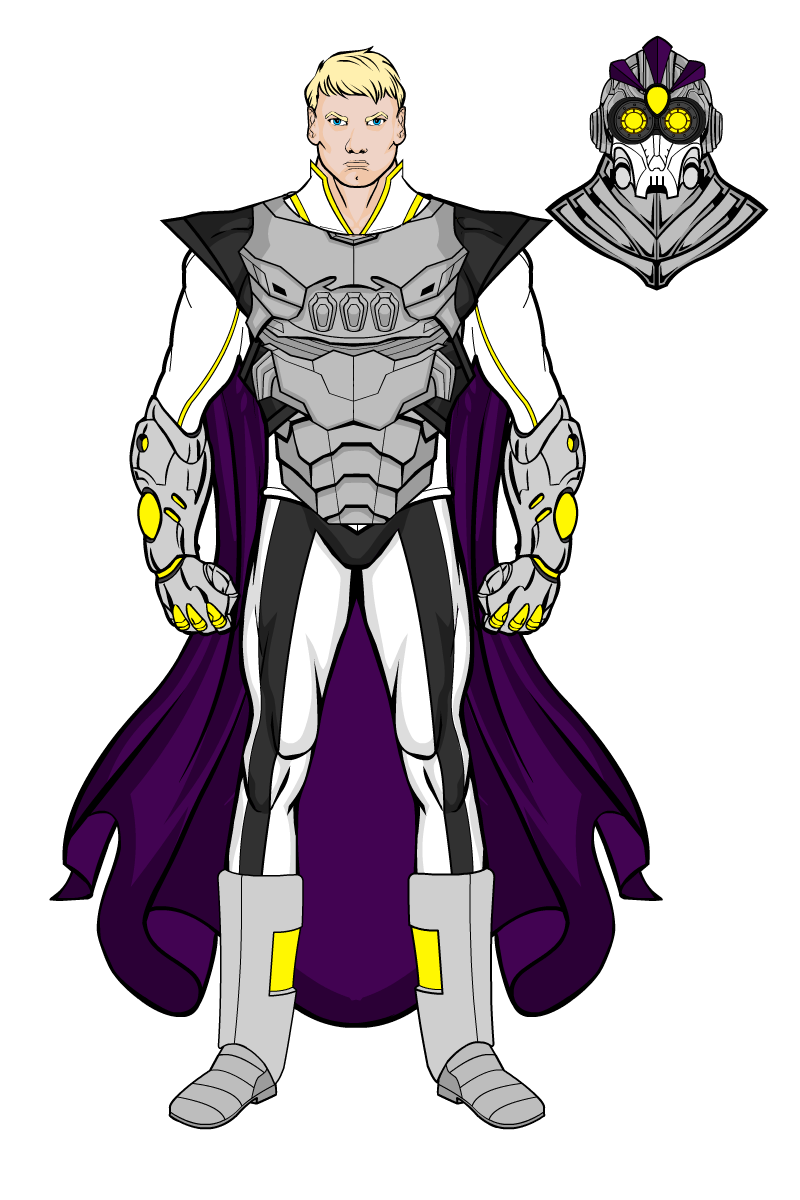 Powers: Genius Level Intellect, Advanced Technical Capability, Hypno-Helmet
The younger brother of The Owl, a superhero currently working for W.I.L.D’s Strike Force initiative, Harry Barrett was always much more introverted than his brother. Though much smarter than his older sibling, Harry always found it much harder to relate to other people. This isolation fed into two defining features of his character, a supreme jealousy of his much more popular brother and a need to prove himself superior to everyone else. So when his brother used his intellect to become a superhero, Harry tried as well. But he failed and had to be bailed out by his brother. So instead, Harry decided to become a super villain and try to beat his brother that was. But he failed at that too. Eventually, his antics caught the attention of other superheroes, most notably Red Kite, who unknowingly ruined an elaborate scheme of Harrys to finally destroy his brother once and for all. Since then, Harry has become obsessed with defeating Red Kite as well, but she also keeps beating him, further adding to his obsession. Whilst his intelligence can be in no doubt, afterall he created all his own gadgets, including his Hypno-Helmet (a helmet that can control other peoples minds), Harrys main problem seems to be his own nature, his love of being overdramatic and over-elaborate, as well as his over confidence.

Also, he loves coming up with his own taglines, such as “The Malevolent Menace Of The Mindmaster”. He says these often. It annoys everyone.