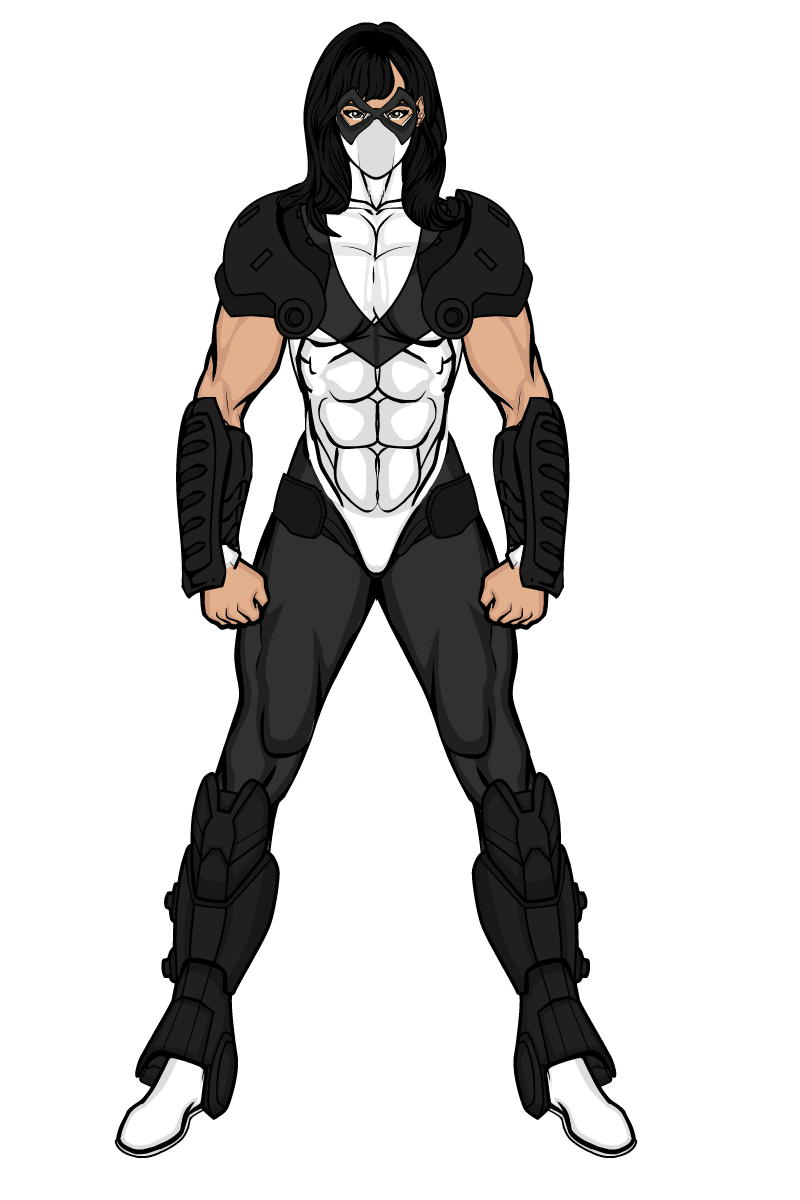 A former star athlete, Gabriella Haynes life began on a downward spiral after failing to make the cut on her athletics team. Fearing she may be losing her edge after failing to get back on the team, she experimented with performance enhancing drugs. The drugs worked and got her back on the team, until she was caught and banned for life.  The ban also ended up costing Haynes her job when the police got involved. Unable to make ends meet, she ended up volunteering for a secret experiment that would alter her very genetic makeup. Nowstronger, faster and with greater stamina than ever before, alongside reflexes far beyond any normal human, Gabriella works for Criminal Enterprises as an enforcer/ operative, most commonly facing off against Red Kite, The Angels and King Hawk/ Queen Eagle.