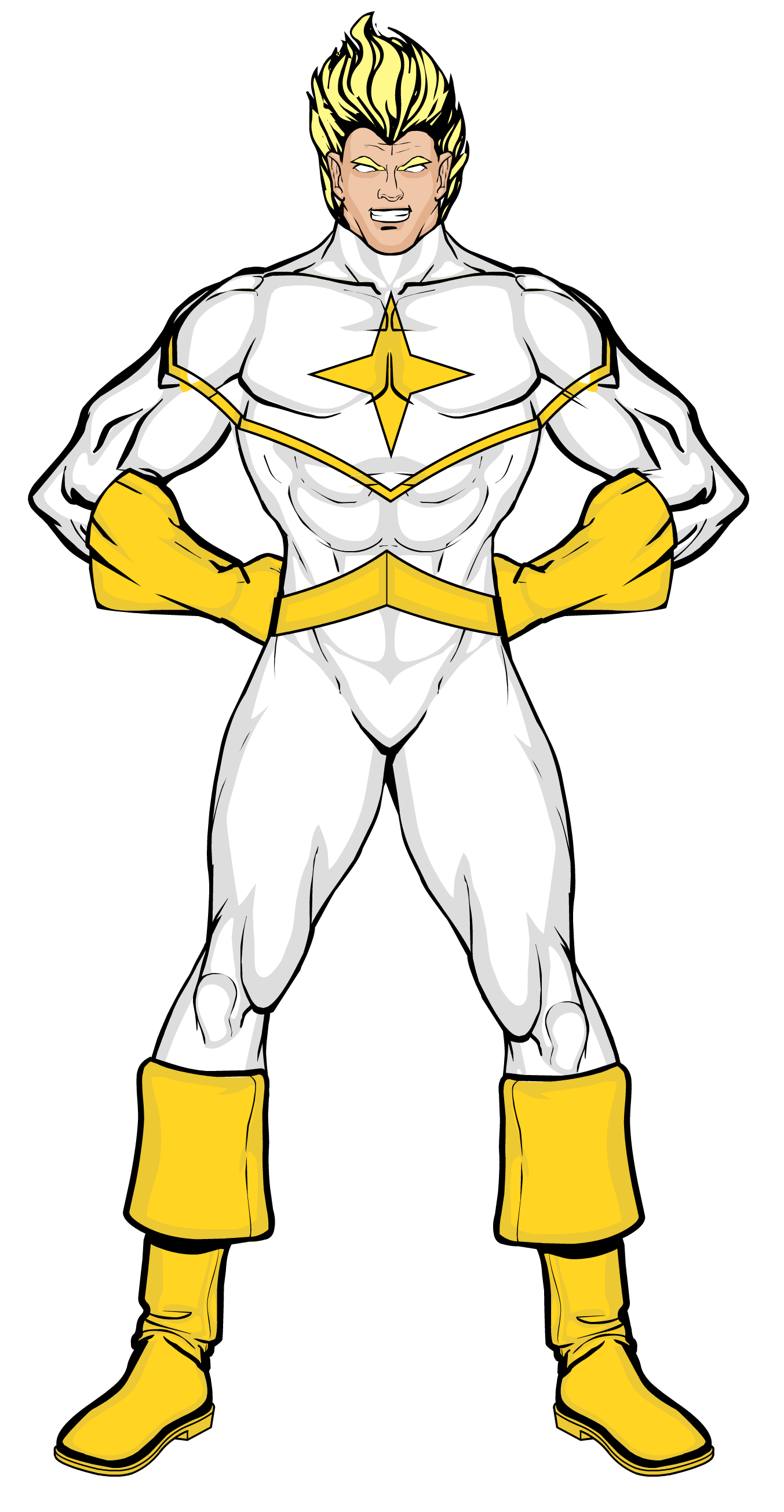 Name: Steven Clarke
Alias: Paragon
Bio: Growing up as a small town farm boy, Steve Clarke’s life was changed forever when a spacecraft crash landed on his family’s land, just a few feet away from him, when he was just 6. Instead of being vaporized, Clarke was endowed with fantastic powers. These powers were further augmented when he volunteered to under-go a top secret army procedure, which saw him doused with an experimental serum that boosted his powers a hundred-fold. Clarke now goes by the name Paragon, and is quite possibly the strongest superhuman on Earth. However, despite his immense power, Clarke rarely ever uses them, prefering to find non-violent solutions to problems.
Abilities:
All-Power- Super-Strength (Limitless)
Super Speed (At least Mach 4, possibly higher)
Flight (Simular air speed to land speed)
Super Reflexes
Laser Vision
Heat/ Frost Breath
Superhuman Accuracy
Genius Level Tactical Skill
Impenetrable Skin
Superhuman Healing Factor (cannot become ill and barely even needs to sleep)
Able to survive without Oxygen, food or water almost indefinately
Resistant to effects of extreme pressure variation
Involuntary weather control (weather changes within a mile radius according to his mood)
Inspiration- Being near Clarke amplifies the positive in a person and weakens the negative according to Clarkes own moral code.

Unity- Any person within a 200m radius of Clarke has their physical attributes (and powers in the case of superhumans) amplified if they are under the effect of his Inspiration ability. Clarke can also share or even gift his power to anyone.