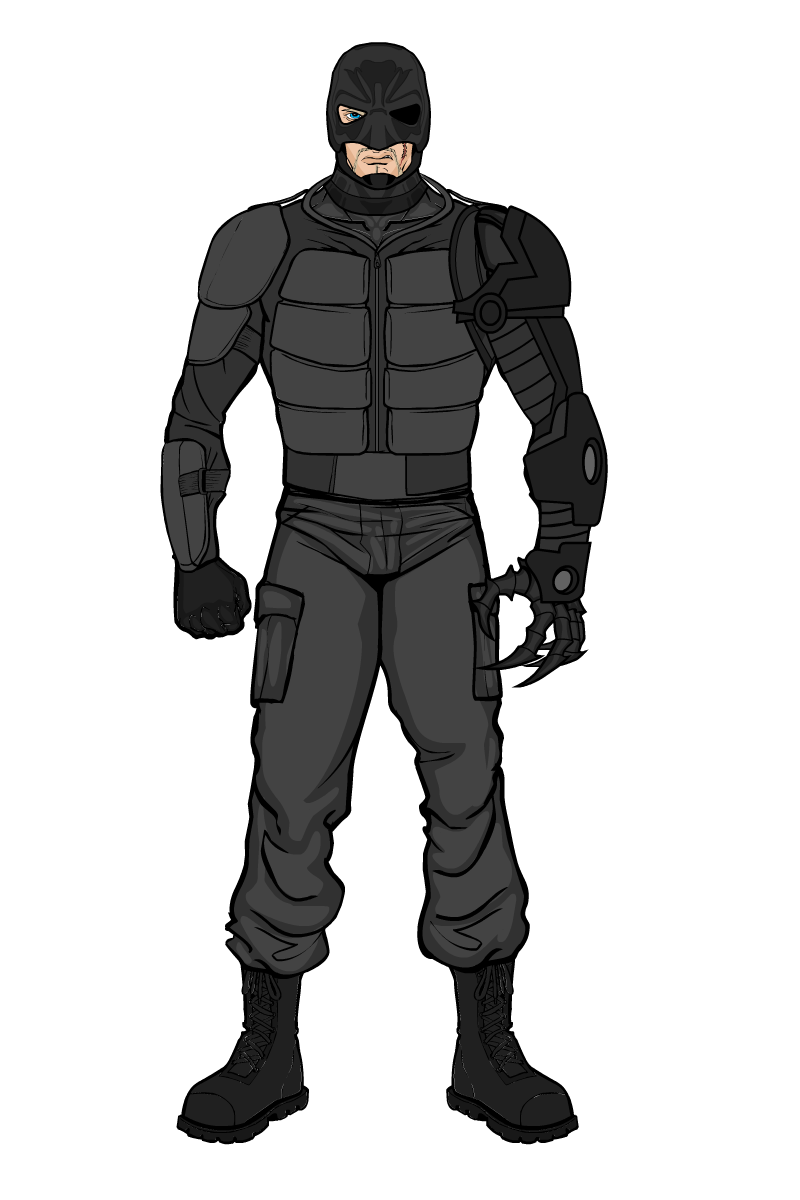 Once a respected archeologist, an unfortunate fate befell Doctor William Claue upon an expedition to South America. Driven mad by the mystical power of “The Ruby Of The Gods”, Claue tried to steal the gem and kill his colleague, but instead damaged the artifact, sending both hurtling back through time to our present day. Badly wounded by the incident, Claue fashioned himself a prosthetic left arm, tipped with lethal claws designed to tear the ruby from its current resting place, the chest of his former colleague, Nicole Hargrave.