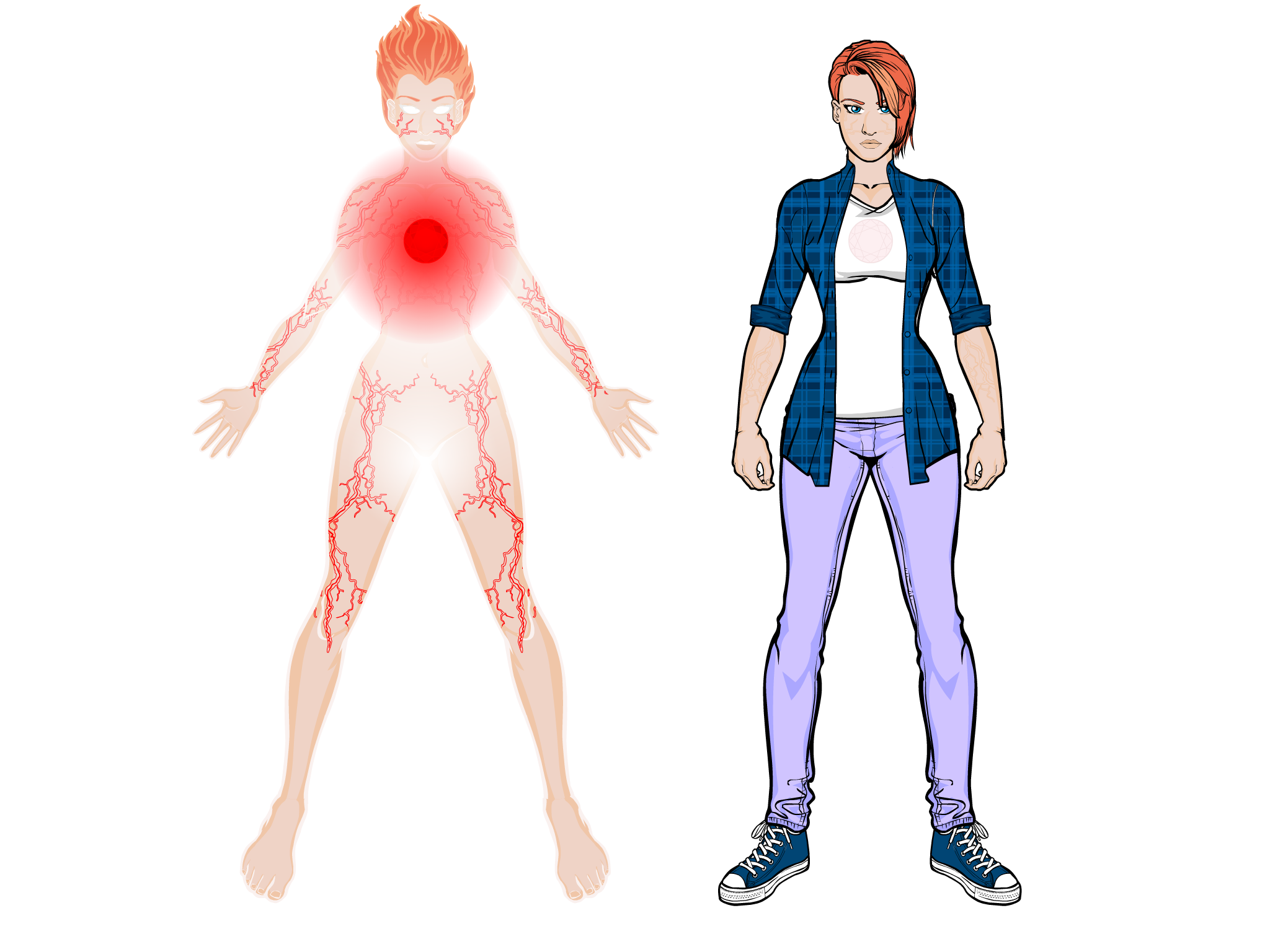 Born many, many years in the future, Nicole Hargrave was a Lecturer in Pre-Colonial Latin American History at the University of Houston and part of an expedition to South America to excavate what was believed to be the Temple of Amul-Zatl, colloquially known as “The Ruby Of The Gods”. During the dig the team discovered many artifacts of great value and cultural significance, but it was at the deepest part of the temple that they found it; a red ruby the size of a fist, that glowed with an almost otherworldly energy. Retrieving the ruby, it was assigned to Hargrave for identification an cataloguing. However, the ruby seemed to have a strange effect over many members of the team and a number of her colleague tried to steal it, in increasingly desperate and violent ways, culminating in one (Doctor William Claue) damaging the ruby whilst attempting to murder Hargrave and take the ruby. Upon being damaged, the ruby let out a burst of light that engulfed both Hargrave and her assailant, knocing them both unconciouss. When she came to, Hargrave was not where she remembered being. She woke up in our present day, thousands of miles away from where she was, with no idea what had happened. Now with the ruby fused to her chest and with the strange new ability to control the flow of time, she must learn how to survive in this more primative time and learn more about the ruby, should she ever hope to return home.