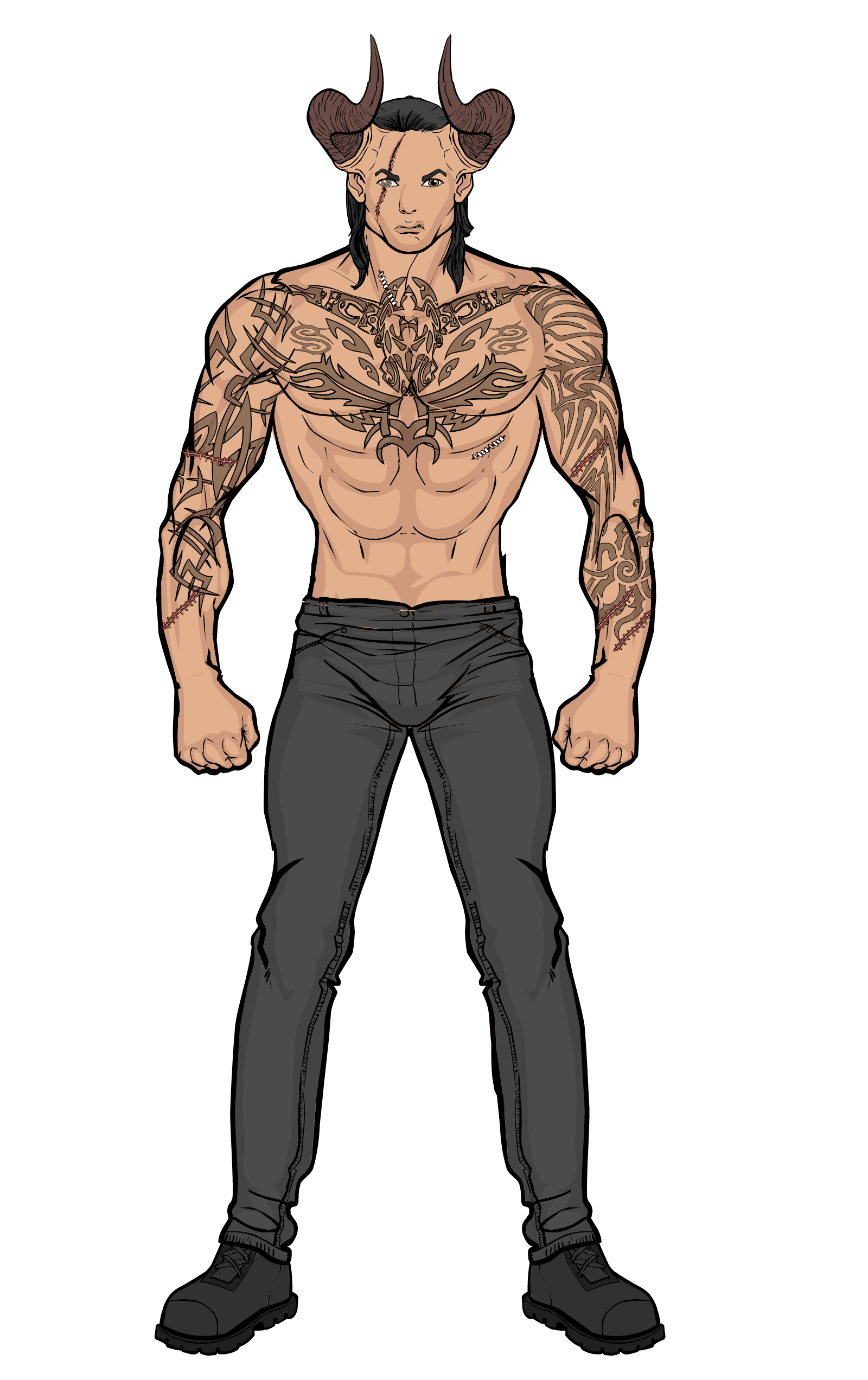 Born without any noticable superhuman powers, yet obviously not a normal human as evidenced by the large horns protruding from his head, Todd Rouge is one of the less volitile members of the community assembled within The Watchman’s Hideaway. Due to his unusual appearance Rouge has been the subject of much torment throughout his life, he still bears the scars of numerous violent encounters. Though rather deadpan and cynical about the outside world, he is decievingly gentle character, a fact somewhat hidden by his large stature and fearsome exterior. He is one of the people that all of the Outcasts appear to like and one of the voices of reason amongst the usual chaos and madness that occurs within the Hideaway.