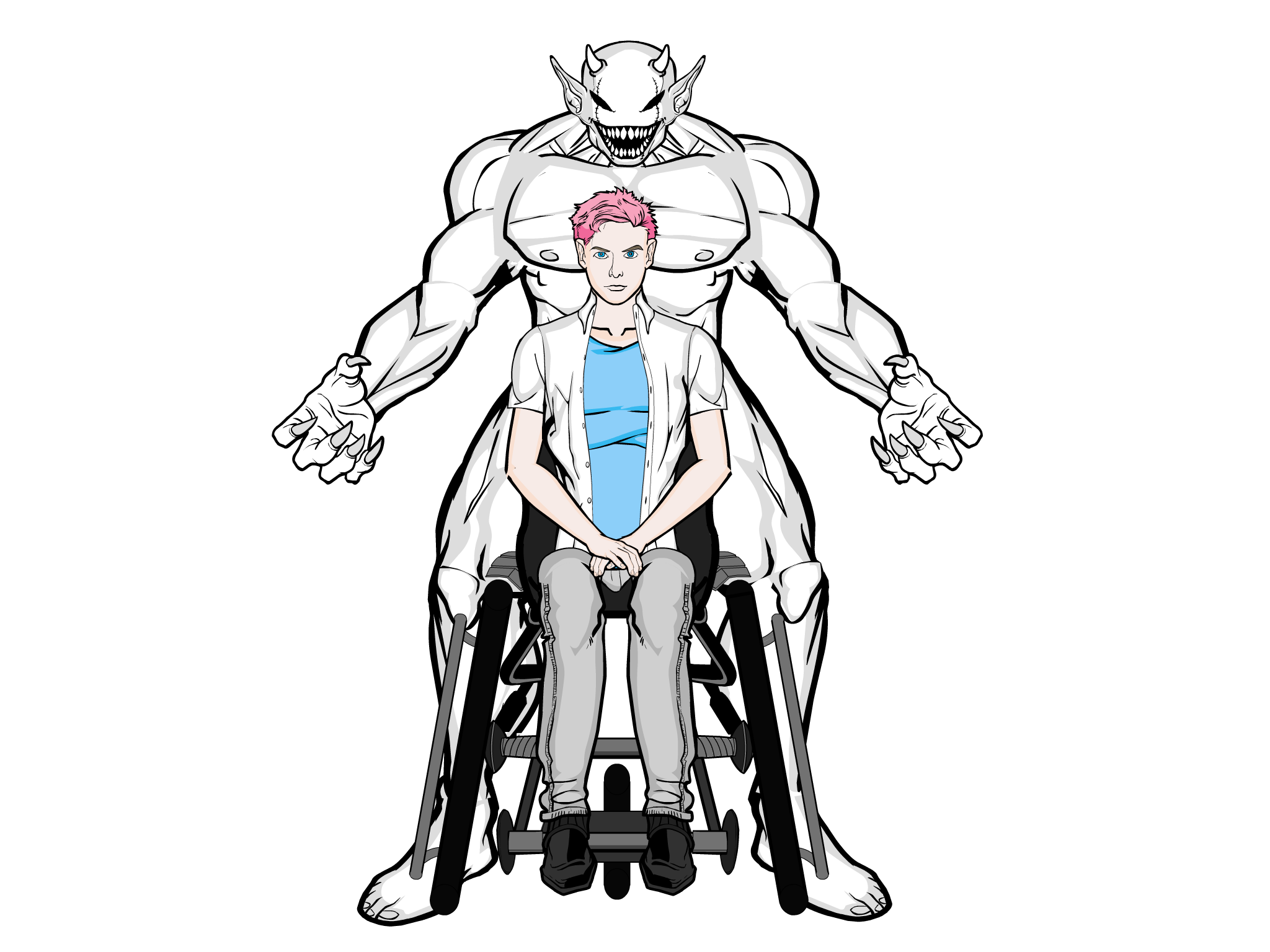 Like most of the “Outcasts” in The Watchman’s Hideaway, Thomas Nailer has not had an easy life so far. His mother died when he was very young and his father was a violently abusive drunk. It took a while for his superhuman nature to show, and even when it did it wasn’t the easiest thing. Able to summon and psychically communicate with an otherworldly humanoid creature, when this ability first maifested its self, Tommy (to put it mildly) freaked out. However, when it bacame apparent that the creature would not harm him, Tommy began to become comfortable around it, eventually deciding to give it a name befitting of its intimidating look. He settled on Deathclaw (he was 11 at the time). And then Deathclaw started to cause problems. Specifically for people who caused Tommy problems. This all came to a head when Tommy’s father, back home after a night of heavy drinking, decided to endulge in his favourite non-alcohol related past-time, child abuse. Deathclaw manifested in the middle of the scuffle and in the confusion, Tommy was thrown down the stairs by his father, taking an awkward landing and heavily damaging his spine. Suffice to say Daddy ended up in much, much worse condition. Deathclaw (with Tommy’s guidance) managed to get the boy to a nearby hospital, although the staff where unsure of how to deal with the giant rage monster. Fortunately they were able to opperate on Tommy once Deathclaw had dematerialised, but the damage had already been done. Tommy does have some use on his legs, but walking is agonising and he prefers to use a wheelchair. The incident left him very jaded and he dropped in and out of foster homes for the next 7-8 years, with Deathclaw becoming more and more dangerous the worse Tommy’s attitude became. Fortunately, during this time he was befreinded by another struggling superhuman, Danielle Radon, who introduced Tommy to Carl Barrett, The Watchman. Though sceptical at first, Tommy came to like Barrett, the first adult who Tommy felt didn’t look at him as purely a cripple who needs pity.