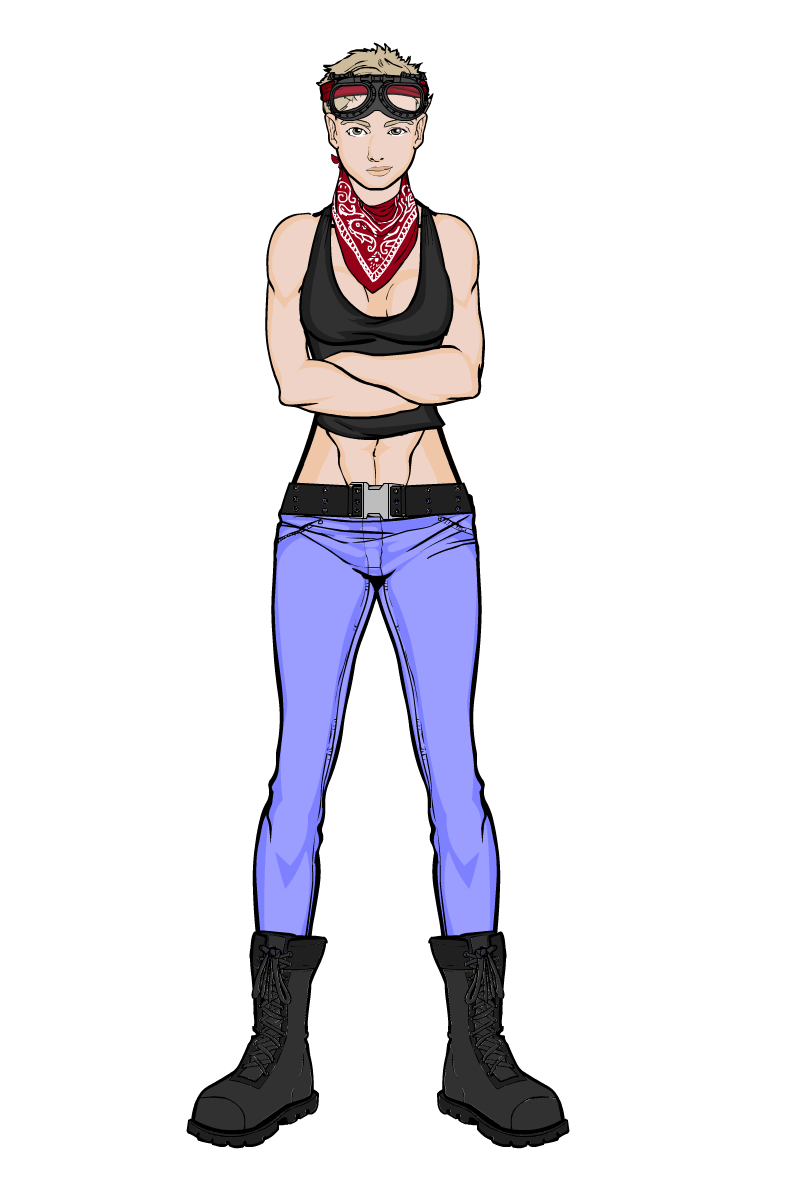 Born Lawrence Gracey, Laura Gracey is a mechanical genius, with a mind for design so acute she could probably design almost anything. Originally apprenticed to a large tech company, she left because she found the company structure way too restrictive on her creativity. She tried to start up her own company to sell her designs, but a lack of funds killed off that dream. However, she was soon approached by Criminal Enterprises, who saw potential in her as an in-house tech manufacturer. Initially hesitant, she eventually agreed, when the offer was improved to cover not only all of her costs, but also all of the costs of her transition, an offer she could not refuse. She now uses her unlimited skills in one of the few routes that wouldn’t stifle her creativity, crime.