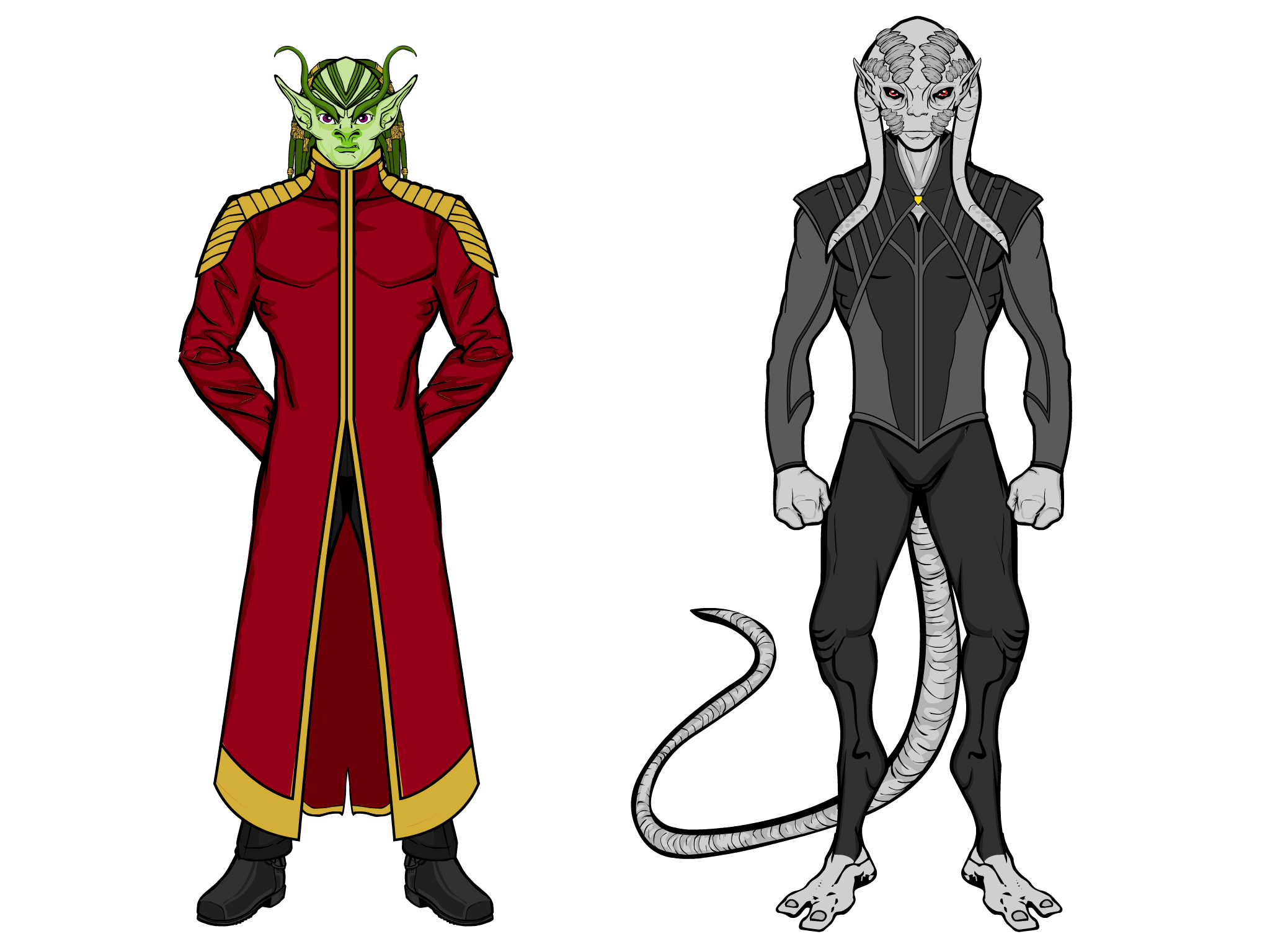 Before the time of the Galactic Republic, interplanetary wars between rival species was common-place. Competition for resource rich planets in an age of expanding galactic empires meant that many lost their lives in battles on and above alien planets. The Galactic Republic was set up as an answer to the increasing severity of these conflicts, as a mediating force whose job it was to settle any disputes that may otherwise lead to conflict. However, a recent trade dispute between two long time rival empires flared up great tensions that even the Republic Council could not reconcile, leading to the two quarrelling races to withdraw from the Republic, an unprecedented event. These two species, the Rkuten of Makatra and the Costrilians of Costrila (represented here by their two military leaders, General Lott of the Rkuten and Ped Luc of the Costrilians), have since shattered their peace treaty, bringing interstellar war to the Republic for the first time since its foundation. Waging war against each other and the Republican Army, the rush for resources has begun once again in earnest. And one small planet in the southern spiral arm of the galaxy has drawn much attention from all sides, not least because it is said that not only is the Svetalen criminal Omnion hiding there, but also the remenants of the cosmic elder The Other lay there, both of which could prove a huge boon to which ever side can acquire them.