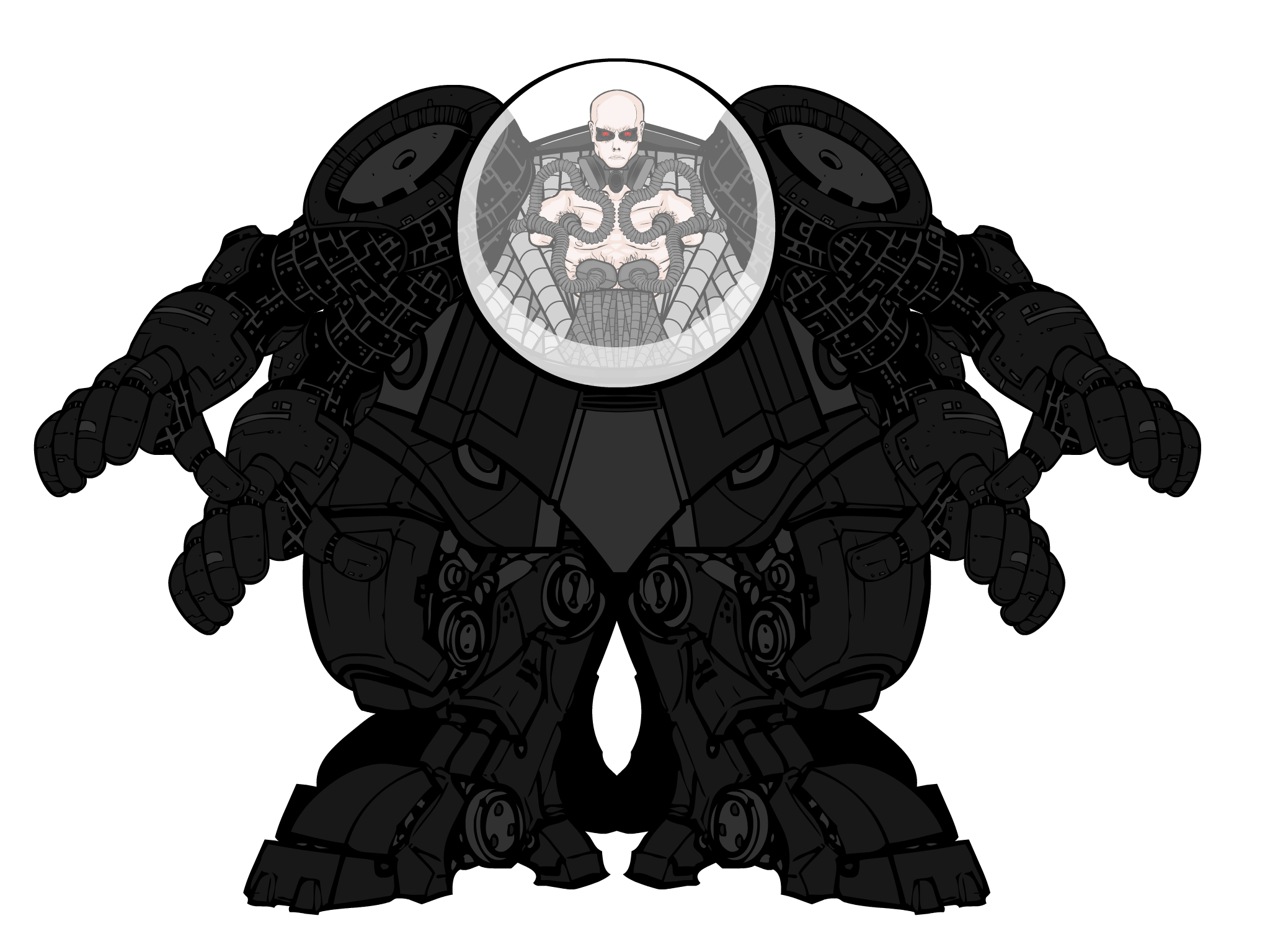 Thadeus Hatchett has not had the easiest life. Losing his legs to meningitus as a baby and being diagnosed with terminal cancer in his twenties, he took a gun to his own head before his thirtieth birthday. However, even that could not save him. He was resurrected by the cosmic being known as The Other, to host one of its Coredeorum. And even then, life didn’t get any better for Thadeus. The Other hadn’t cured his cancer, he was still without his legs and he failed to unit all five Coredeorum, being brutally murdered by Victor Daniels (who would later become the supervillain Overlord) in the process. But even then the sweet relief of death was only a temporary respite, as Thadeus was resurrected once again by Overlord, to serve as a living terminal for his data center, to basically act as the interface on Overlord’s computer. Forcably kept alive by the machinery he is now trapped inside, Thadeus dispises his existance even more than ever, but is unable to end it. He is also unable to take revenge on his master, despite his best efforts, and Overlord obviously takes a sadistic pleasure in his forced subserviance.