Thanks and here is Akira Hayazake.

Akira is a mercenary/assassin who wields a cursed blade. The sword, the Enma Sword, belonged to his ancestor Enma Hayazake. Enma was a monster of a man who used his sword to kill hundreds of people. His bloodlust led to him becoming a rare sort of being, a living demon. This is a human whose soul is so twisted that it becomes a demon while the human is still alive. Enma’s demon soul is trapped within his sword and will possess any who wields it. Those possessed will seek to kill and destroy others to feed Enma’s blood lust.

As Enma’s descendant and as a man of strong will, Akira can control the blade, though he still feels its desire to kill. He knew that the sword would possess any who wielded it and influence those near it, so he took it up himself so its bloodlust could be sated without killing innocents. He has a strict code of never harming the innocent and he will often go out of his way to help them.

I have two versions of him, one with shorter arm wrappings and one with longer, which do y’all think is better. 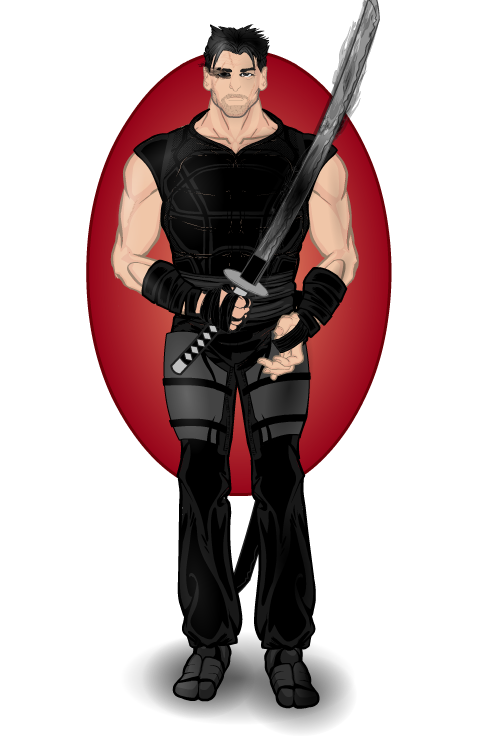 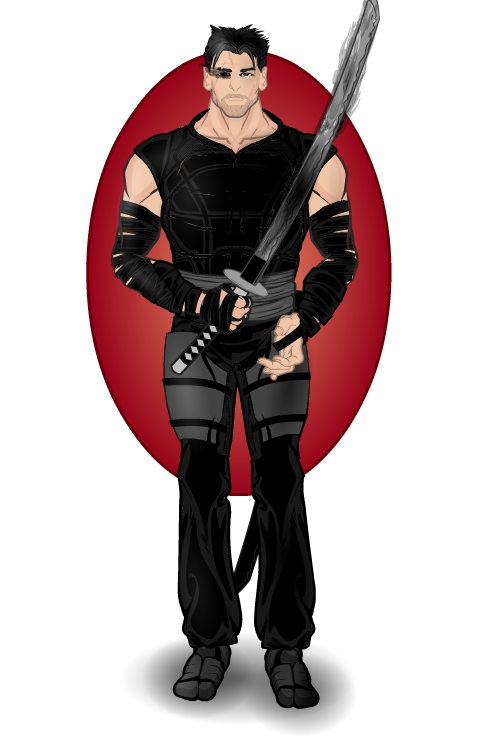