Here is a former student at the Institute named Joshua Quinn. He is a vastly powerful telekinetic and my universe’s resident Dr Manhattan type.

Quinn’s parents were killed when he was little and he was raised by his aunt. At the Institute, he was friends with Jesse Cardenas and company. While in school, his powers increased constantly and showed no signs of stopping. It grew from lifting objects to manipulating smaller and smaller items, eventually reaching the ability to rip things apart at the atomic level. At some point, he developed the ability to breathe without air, recycling his CO2 into O2. While he attended the Institute, he fought crime as Verdant, named for the green aura that surrounds him when he uses his power. 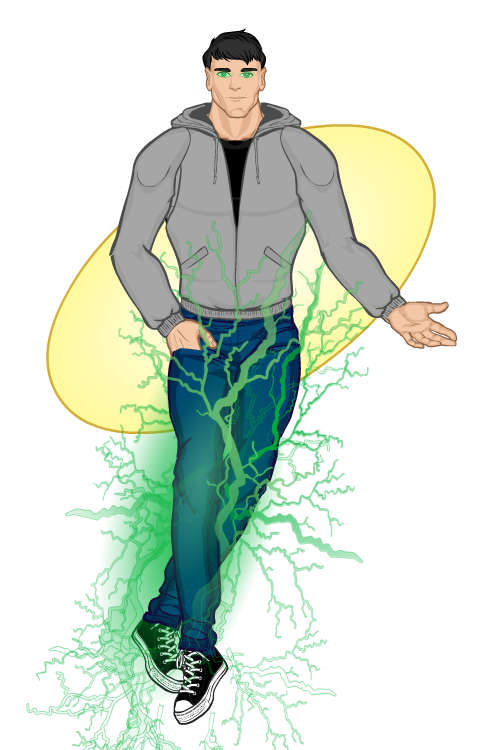 One day when on a mission, he encountered his parent’s killers. He snapped. He would’ve ripped them apart atom by atom if not for his friends stepping in to stop him. Joshua was disgusted with what he almost did and he flew off into space. He disappeared for five years.

He returned when a horde of monsters invaded Earth. He came down from space and destroyed the army. His powers had only grown since he left, increasing to near godhood. He could rearrange things at the subatomic level and reshape reality itself. His growing powers combined with his self imposed isolation changed him. He has become detached from humanity, seeing everything as their composite atoms. His increasingly inhuman mindset combined with his nigh unlimited power has made some of the more cautious heroes wary of him. Alpha is most suspicious of him and has planned a way to take him out. For now, he is closely watched, but he has not forsaken humanity completely, though he only steps in with the most dire threats. 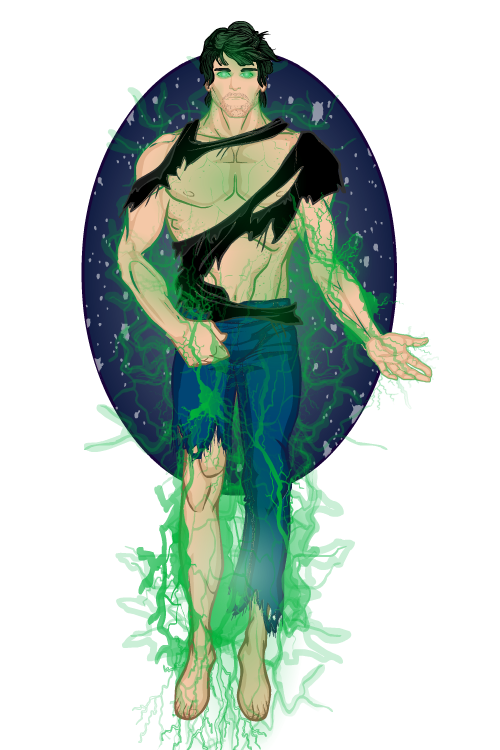