Here are the Reinhardt twins. Johan and Anna are both students at the Institute. The Reinhardt family has been fighting crime for generations. 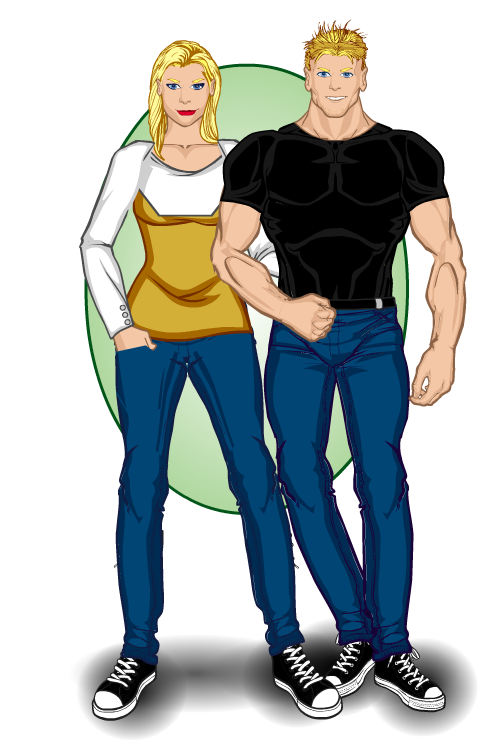 Their great-grandfather, Erik Reinhardt was originally born Erik Jaeger. The Jaeger family was a long line of assassins and mercenaries whose mystic blood made them adept at these professions. They were naturally athletic and intuitively knew how to fight. They usually did not take sides  and fought for whomever paid the most, but when they were contracted by the Nazis, Erik broke off. He saw the atrocities committed and knew they were evil. He could not work for them and so he joined the resistance, where his fast and powerful strikes earned him the nickname of Der Blitz. His brother Karl fought for the Nazis as a hunter of resistance fighters, pitting the two against each other.

The two met in a final showdown when the resistance attempted to stop the Nazis from obtaining mystical relics. This is where Erik found the mystical sword which could control lightning. Using the sword, Karl was killed and Erik soon became a powered hero using his nickname of Blitz. After the war ended, he changed his name to Reinhardt to get a clean slate. He also attempted and failed to find Karl’s young son to end the Jaeger legacy for good as he and Karl were the last remaining Jaegers. He failed in the latter and the son, Wolfgang, would become a new Jaeger for the Stasi and KGB, with his lineage continuing the Jaeger legacy.

Erik would fight crime in West Germany as Blitz. He married a fellow resistance fighter and had a son, to whom he passed the sword and the mantle of Blitz. The son, the twin’s grandfather, would marry an American and move with her to the US, where he continued to fight crime. His son would also become a Blitz before he passed it on to his daughter, Anna.

Anna fights crime as Blitz and possesses a magical sword which can throw lightning. She is the younger of the two siblings and is the more impulsive of the two. She has a tendency to rush into battle, which annoys her brother to no end. She can hold her own though, as she has mastered her weapon and is quick like her namesake. 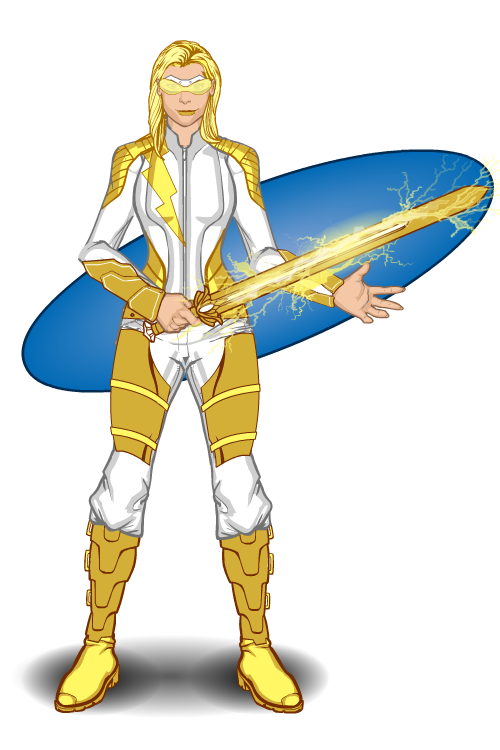 Johan fights crime as Donner and can control electromagnetic fields to make superpowerful punches, “thunderclaps” or kinetic force blasts, and forcefields. Johan is the older sibling and is overprotective of his sister. He is usually levelheaded and cautious, unless someone hurts his sister, in which case, he strikes fast and hard. His punches are some of the hardest of those at the school. 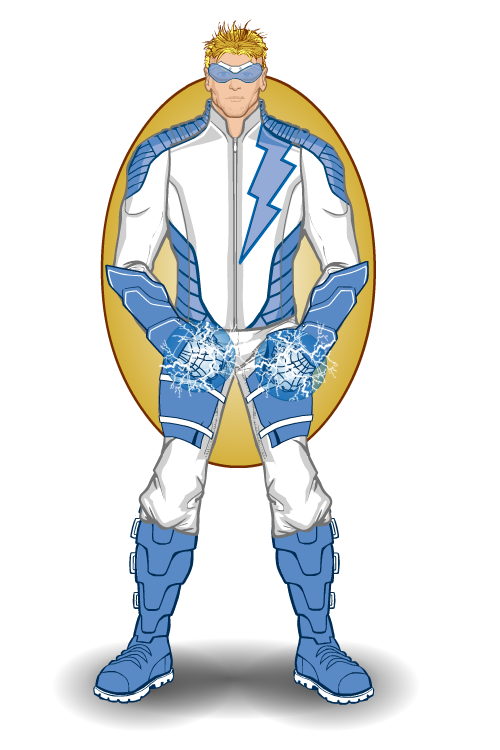 Together, the Reinhardt twins fight crime as Donner and Blitz, Thunder and Lightning. With her quick strikes and his strong hits, they are a force to be reckoned with. Both their crimefighting names and last names has caused the pair to be collectively known at the school as the Reindeer Twins. 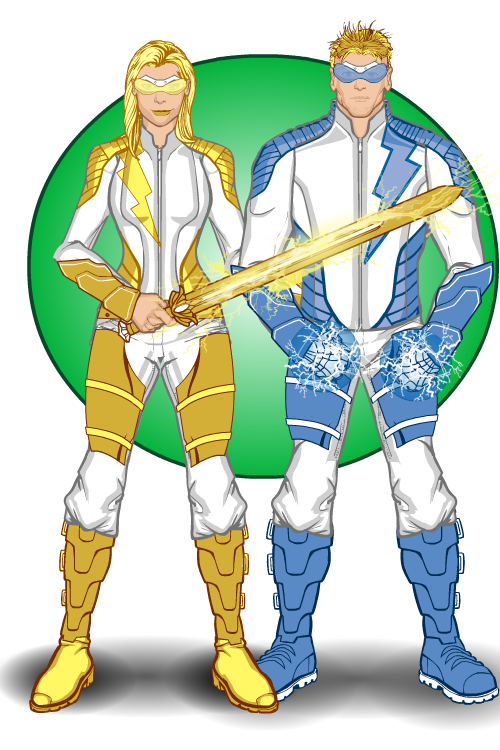