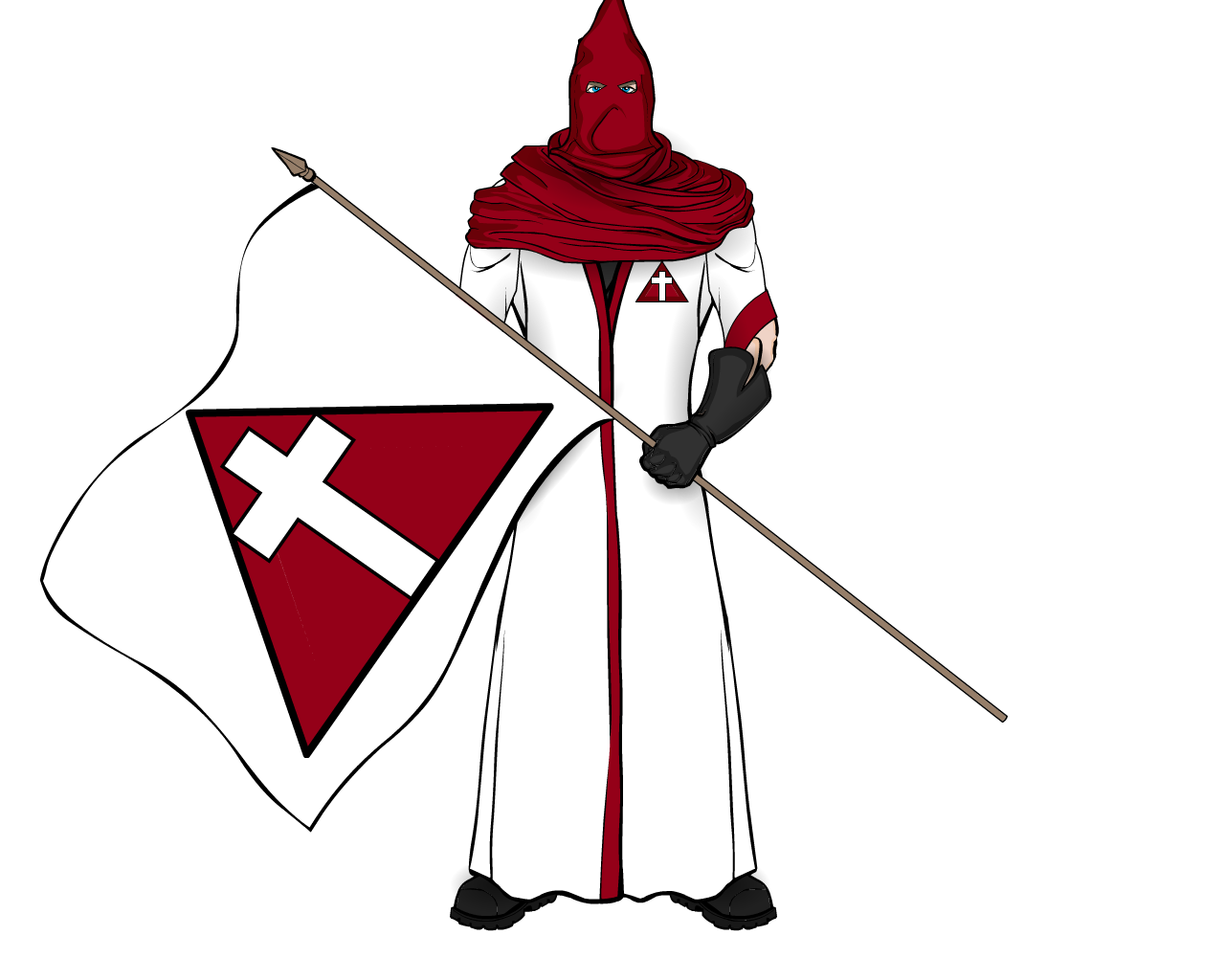 The Knights of Purity are an extremist uber-religious right-wing sect whose aims are to remove anything they veiw as “impure” and create a white ethnostate governed by their ultra-conservative ideals. They are fanatically against immigration from non-Anglo-Saxon or Norse majority countries, interracial marriage, LGBT and Civil rights and anything that could even be construed as socialist. A few years ago the Knights were a small fringe group, but they have grown in size and influence thanks to recent political upheaval and an emboldening of the far-right. They regularly engage in terrorist activities against groups that they feel dilute the purity of the nation (blacks, hispanics, LGBT people, liberals) and often with little fear of reprecussions, thanks to some in power being symmpathetic to their cause. They often clash with superheroes, particularly ones like Team Supreme and King Hawk and Queen Eagle who vehemently oppose the groups beliefs and methods. However, their most enduring foes are a small group of LGBT superheroes based in San Fransisco known as Pride.