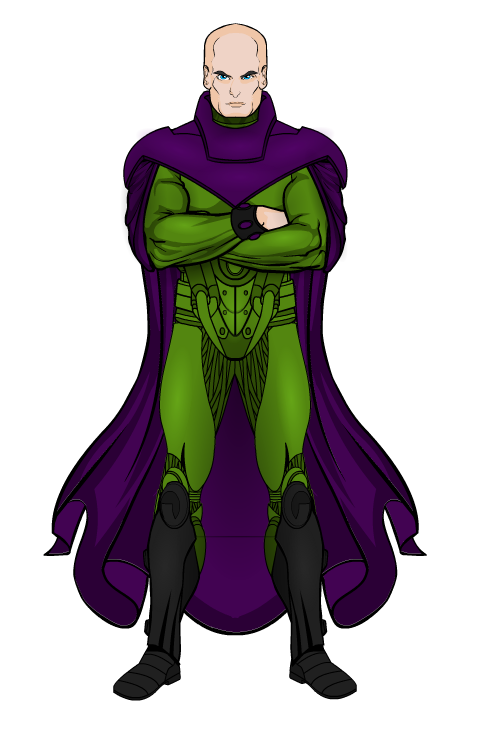 The second person to take the mantel of The Evil Intelligence, Frank Peters has been fighting Team Supreme in all of its incarnations since the 70’s. However, during the 90’s, Peters began to succumb to terminal cancer, brought on by the alien energy that had given him and his predecessor, Max Madison, their powers. However, rather than lose his fight with the cancer like Madison did, Peters put his increadible brain to work and created a number of “get out” clauses should his cancer overpower him, from clones to robotic duplicates, even experimenting in mind transfer. He is currently on his 5th body, with a new body activating when the previous one is either overcome by the cancer or killed in battle against Team Supreme. Even terminal illness cannot stop The Evil Intelligence from pursuing his goal of world domination.