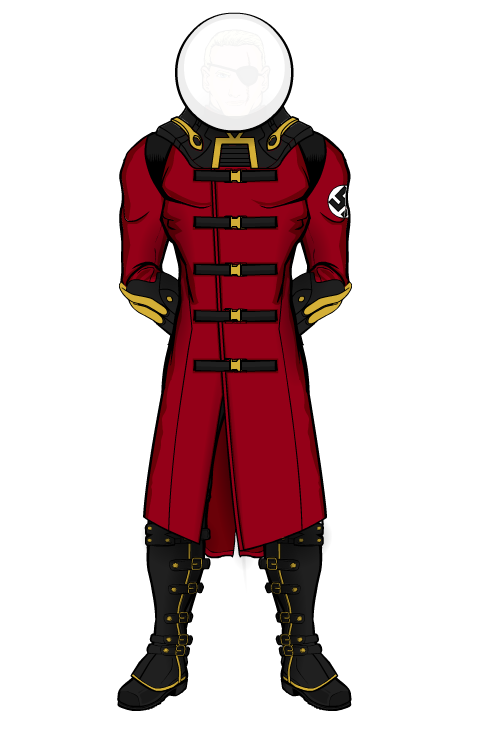 Doctor Wolfgang Von Litz was one of Nazi Germany’s foremost medical researchers during the Second World War. Assigned to a secret project by the Fuhrer himself, Litz was given the task of discovering a means of immortality, through any method and at any cost. Experimenting on prisoners of war and “undesirables”, Litz came closer than most to discovering the secret of everlasting life, even succeeding in creating a serum that slowed the aging process to at least a 1/6th of normal and increasing the rate of cell regeneration (ironically, the subject that this serum was trialled on would go on to escape and become the superhero Flying Ace, who would fight Litz throughout the remained of the war). However, Litz could never quite perfect his formula and, with the end of the war seemingly imminent, Litz suddenly disappeared from the face of the planet, only to return some 70 years later to menace the newest generation of Team Supreme, apparently not even a day older than he had been at the fall of the Reich. Did he find his long sought after secret or is this just an imposter trying to use one of the most feared figureheads of the Nazi regime to instigate a new Facist World Order? One thing is for certain, Litz is just as much of a threat as he was all those years ago.