And last one of O.I: 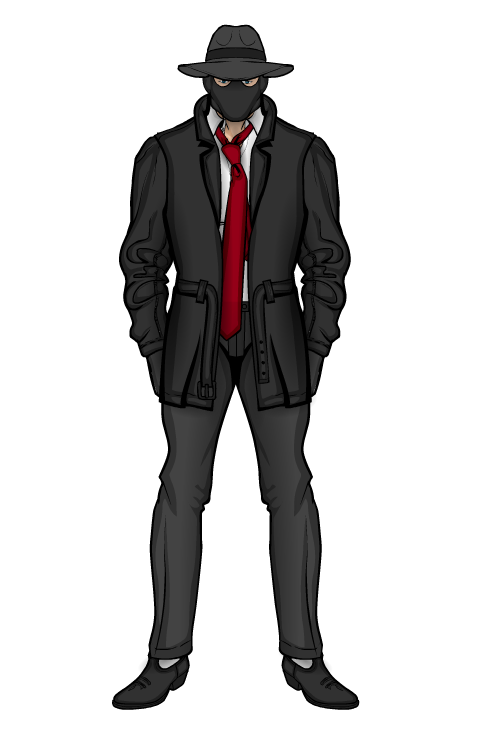 Even to the other members of Outsider Investigations, much about The Stranger is a mystery. His past, his motivations, even his name are all unknown to all but himself. What is clear though is that he is an expert in manipulating people, there is little about psychology that he doesn’t seem to know and he is highly skilled at using that fact to his advantage. He is not just brains either, his hand-to-hand combat skills are well honed and he is no slouch with a gun. His real trump card, however, is his enhanced healing factor. Able to heal from wounds that would normally kill a human, he even claims that he once healed himself from being shot over 100 times and has survived being hit by a moving train. The full extent of his power is unknown, whether or not he can actually be killed is unclear. However, his healing factor is not instantaneous, he heals only marginally quicker than a normal person would, so theoretically he could be damaged enough to be killed (or at least incapacitated for a long period of time). But again, how much damage this would take is unknown and, in all likelyhood, unlikely to be discovered any time soon.