Redesigning Nimu inspired me to create an entire fantasy team. Since I’m a huge fan of the Bard’s Tale series, my characters will be based loosely on the classes found in those games. I think I’ll do a team of five with Nimu as the leader where she’s a combined Paladin/Warrior.

The next one in the group is Aerie, half-elf monk, which is currently in black & white: 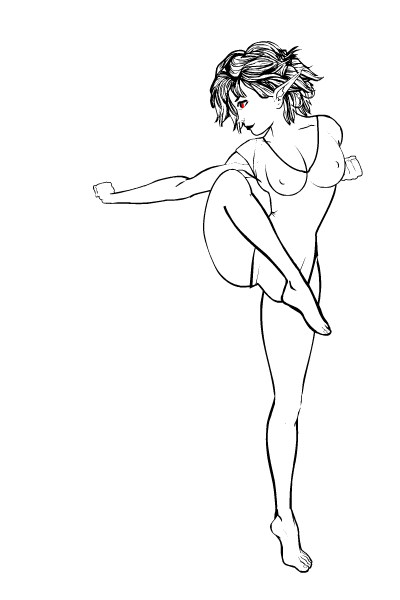 Aerie has been raised since birth to be a living weapon and was made a part of the team upon her training completion. As a monk, she uses no hand-held weapons or armor. In fact, she barely wears anything at all. Her particular cult practices sun worship, so when Nimu appeared with her golden power, Aerie practically worshiped her. She’ll do just about anything to impress Nimu.

I’ll have this colorized in my next post but I loved the black & white so much I had to post it.