Patient Information: Probably the most unique inmates confined within Emerson Lake, the Shaw siblings are codependant, incestuous, sexual sadists. Both are extremely dependant on the other to function on a day-to-day level, so much so that during when they were put into seperate wards upon their arrival both went into near catatonic states, refusing to talk to eat, barely acknowledging any attempts to talk to them, constantly muttering to themselves (though what they would say appeared to be directed towards their sibling). This led to a new arrangement, where they were placed in adjacent cells with a transparent perspex partition wall, so they could see each other at all times. However, this approach has not aided in their treatment and any attempts to slowly decrease their codependancy has been met with hostile resistance, leading to a catch-22 situation.  Of the two, Julie is the more adjusted, able to converse quite easily with asylum staff. Paul, however, appears to have some form of learning disabilty, though any attempts to test him to discover what problems he might have and how badly he is affected are quickly derailed. He is virtually uncontrollable without his sister and is often too distracted to concentrate with her around. He is also covered with scars and marks consistant with abuse, though some of this may have been sexual in nature. Julie has admitted in interview to having sex with her brother and engaging him in fetishistic roleplay, the later of which could definately explain a number of his scars. The siblings eventually took their roleplaying to anyother level, abducting 6 men and 11 women over a 3 year period, torturing and murdering them for sexual pleasure. These acts would eventually lead to their being commited to Emerson Lake, though their arrest is somewhat of a mystery. Accounts of Police officers who worked the case say that a large amount of the evidence in the case was sent to them annonymously and the siblings were not captured by any officer working in their district, instead they were found tied up outside the Police Department one morning with photos of them commiting their crimes. Neither would speak after the incident, instead muttering to each other about “the man that hurt (them)”.

(Recording made by Doctor Robert Levering 1 hour before the break out at Emerson Lake Asylum. Doctor Levering was killed by inmates during the breakout. It is unknown as to whom “the man” the Shaw siblings are refering to in their conversation is, but Doctor Levering would note that he did not believe they were refering to anyone in the Asylum when he informed security of the incident. It is possible that “the man” they refer to is the same man they refered to when they were arrested, but we cannot know for sure and the chances of an outsider gaining access to Emerson Lake without permission is practically impossible. No further security transmissions were made from Emerson Lake after this).

The man is coming.

Yes, he is coming.

But we won’t let him hurt us again

We will hurt him

Yes, we will hurt him

We will hurt lots of people

Yes, my love we will.

Doctors and nurses and guards and policemen!

Yes, patience darling, we have to wait a little while longer.

But I don’t want to wait. 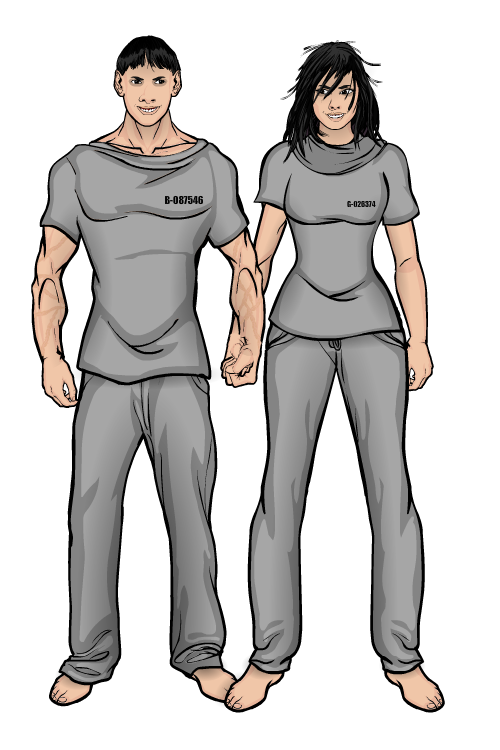