Patient Information: One of the asylums most difficult inmates, due to his size, strength and temprement, Murr was commited to Emerson Lake after a psychiatry expert classified him as mentally unstable and a low functioning sociopath with intermittent explosive disorder (a mental condition that causes a person to suffer explosive outbursts of anger often disproportionate to the situation they are in). He was originally arrested when he for killing a man during an arguement. The victim was later described by the coroner as having “injuries consistant with the victim of a vehicular assault”, so brutal was Murr’s attack. His treatment thus far has been unsuccessful. He does not respond to behavioural therapy and often requires forceful encouragement to take his medication (anti-depressants, mood stabilizers and seratonin inhibitors alongside Lithium and Carbamazepine). He requires almost constant physical and chemical restraint and has been put into solitary confinement on numerous occassions for attacks on staff and other inmates (including the incident on 08/12/14 where he put a guard through a partition wall between two cell blocks).

Doctor: How are you doing today?

Doctor: Look Arnold, you’re in a safe place. We want to help you in any way we can, but you need to talk to us, we can’t help you otherwise. 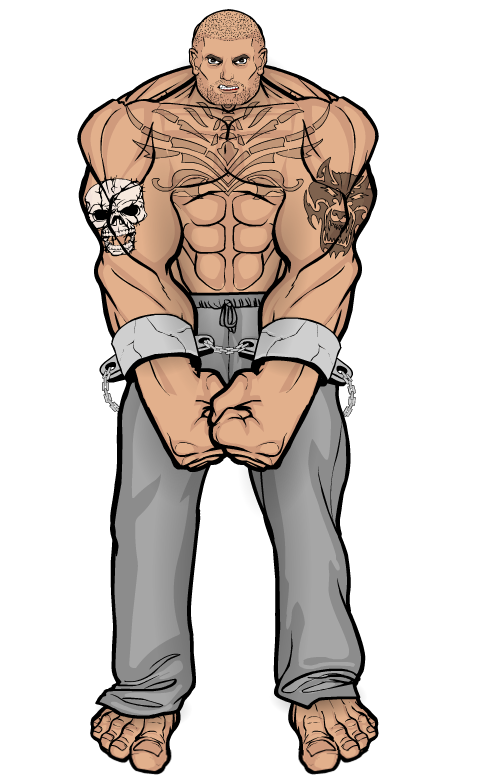