Patient Information: A former practicing psychologist and psychiatrist, Chambers was commited after it was discovered that for years he had been conducting numerous illegal and unethical psychological studies on unconcenting human subjects. The charges brought against him include multiple counts of kidnapping, false imprisonment and torture as well as a number of charges of incitement to commit homocide. His “studies” concerned human adaptation to extreme mental stimuli, in effect his aim was to see how quickly he could drive his subjects insane through a mixture of physical and mental torture assisted by large doses of psychadelic drugs administered through injestion, injection and evaporated into the air within Chambers compound. Chambers lack of remorse or empathy for his victims suggests a degree of the psychopathic, which was apparently enough to convince the forensic expert and jury to agree with his plea of insanity. His case is one few specialists here at the Asylum particularly enjoy dealing with, as his knowledge of the profession and unnerving presence has an effect on even the most experianced member of staff.

Sanity is a precarious balence, you see. There is potential for it in everyone, but the limit is different for everyone. For someone it could be just one bad day sending them over the edge, for someone else it could be a build up of madness over time. That’s what interests me, what it takes for even the most sane person to succumb. That’s why I ran my experiments. Of course, you wouldn’t understand, how could you. Medical science and the field of psychology are far too rigid to understand my work, far too wrapped up in ethics and ensuring patient safety to make any meaningful discoveries. How can you truly discover the dark secrets of the mind if you are bound by ethical standards? As any good chef will tell you “you can’t make an omlette without breaking a few eggs”. But of course, being in here is no hinderance to me. So many test subjects, controlable variables of excellent quality and quantity, both sane and insane. Now tell me, Doctor, how long can you last? 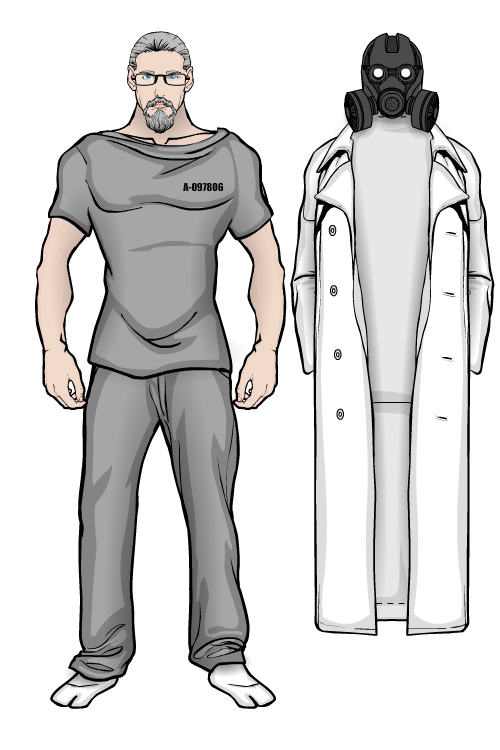