Thank you both for the kind words.

Here is Anthony “Tony” Markos, the former supervillain known as Titan. He is the son of the supervillains Atlas and Selene and has inherited a mix of their powers. From his father, he has minor superstrength and from his mother, he has extreme telekinetic powers. These combine into a form of tactile telekinesis. He uses this to emulate pure superstrength, manipulate his hammer, and to fly. As Titan, he led a team of young supervillains who were the Cadet’s main rivals.

A couple of months before the Cadets disbanded, he was abducted to be part of Hesperus’s alien gladiatorial combat. As a fledgling supervillain, he had never killed anyone, always trying to avoid it as he saw it as unnecessary. In Hesperus’s coliseum, he was forced to kill hundreds of other gladiators. His powers had grown exponentially, with his body now covered in a near invulnerable shield and his “strength” being one of the strongest on the planet. He only got back to Earth because he accomplished the rare feat of winning 100 matches.

This experience left him broken. He had been gone for three years and he had changed in that time. He needed time to sort himself out, so he traveled around Earth for another year before finally coming home. His parents and ex-girlfriend/teammate Pirouette tried to get him back into villainy, but his heart wasn’t in it. He wandered around aimlessly, occasionally picking fights with giant monsters or other supervillains.

One day, he ran into his former enemy, Psyche and almost came to a brawl with him. Thankfully for both of them, Psyche saw the pain Titan was in and recognizing a kindred spirit, offered him a chance to talk and not fight. Both men had seen hell and needed someone to talk to. Psyche had worked for SPARO, the superpowered black ops group and had done some monstrous things. This led to one of the stranger friendships in the cape community. Psyche has helped Titan recover and Titan has stopped his wanderings, now working as a big gun in the case of a colossal threat. 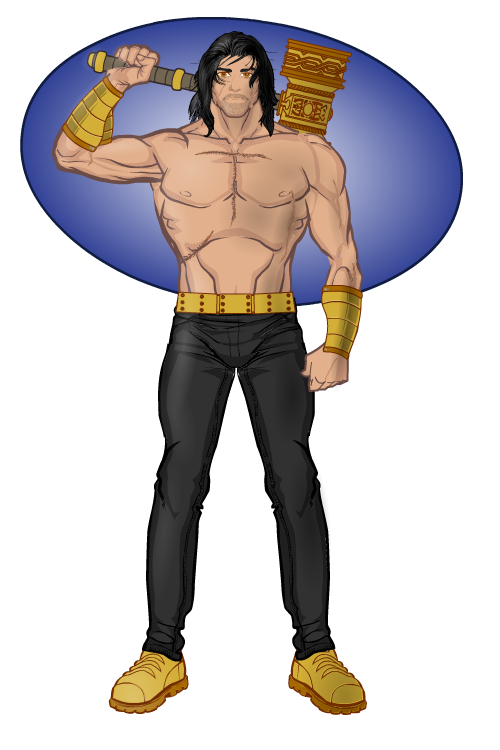