And now to finish up… 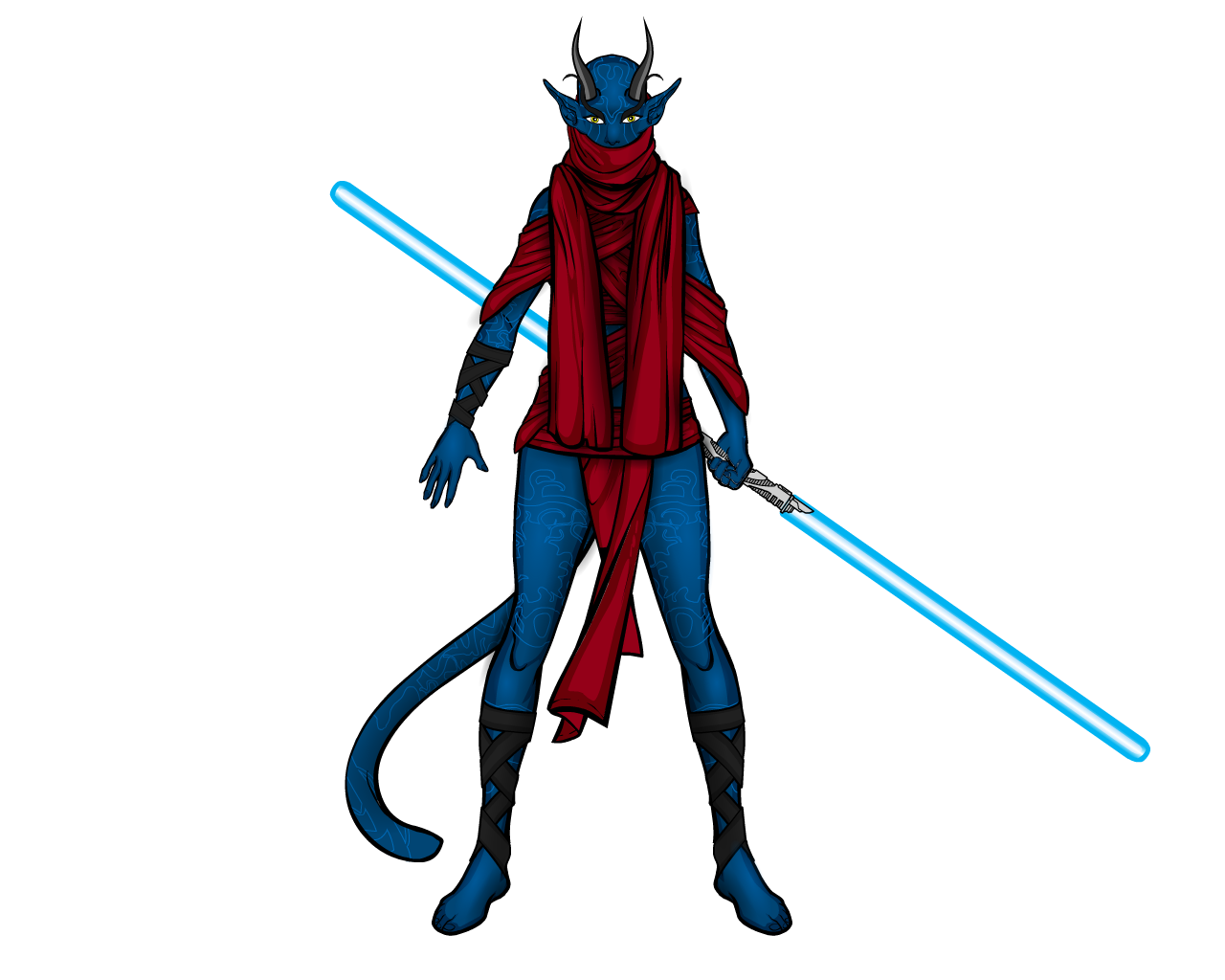 A member of the tree-top dwelling race known as the Svetalen, who live on Prisax-V in the western arm of the galaxy, Mira Abina was noted for her unusual abilities from a young age. She possessed reflexes fast even for a Svetalen, and the ability to seemingly influence objects and people without needing to speak or touch them. Her abilities attracted attention of course, and whilst she was still a child she was taken in by The Order, a semi-religious group of warriors based in the Galactic Capital, who trained her to use her powers for good. She was an excellent student, mastering the complex combat styles of The Order’s warriors and even crafting her own unique spin on their signature laser sword weapon, a double bladed laser shaft. However, she found The Order to rigid and too strict, feeling that their very rules hindered them from practicing the mantra that they preached, so she left. She now helps out the citizens of the Galactic Republic where ever she can, in places that The Order have no presence. However, the Omnion incident has drawn her back to the Galaxic Republic. Feeling that she must attone for what her fellow Svetalen has done, she has made it her mission to make him see the error of his ways or, if that fails, make sure that he recieves punishment. But even though her intentions are anti-Omnion, the Svetalen are veiwed with suspicion by many species now and she hasn’t found it easy to track her quarry. Fortunately, she was able to locate his base of operations in time to join up with a group who are also on the hunt for the mass murderer, but again, this has brought its own challenges, as all are looking to kill Omnion and some would like to have her head as well.