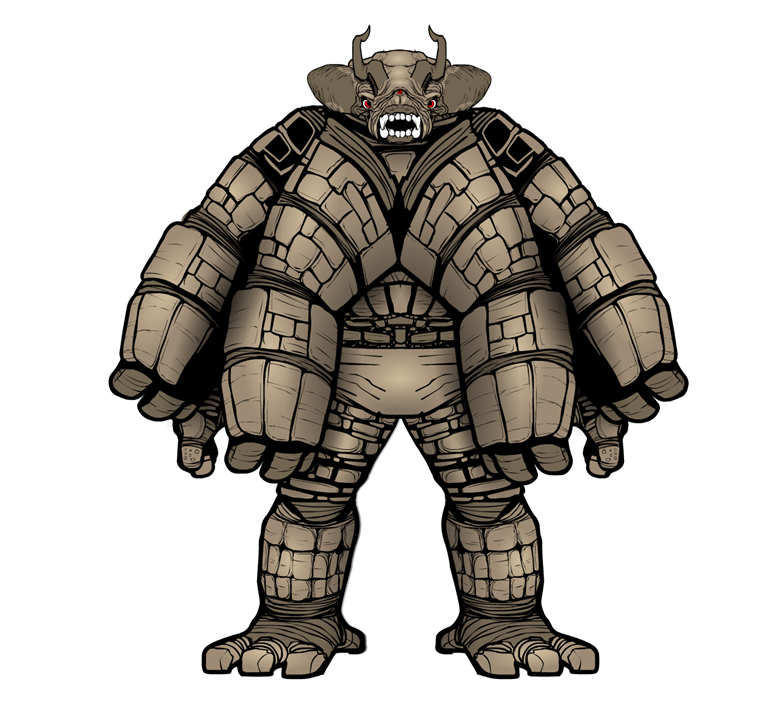 An ancient species, there is evidence of Golems existing on their home planet of Petrata for over 70 million years. The species is notable for being the largest organic species to make use of inorganic materials for natural bodily protection, as Golems digest rocks and then form a tough crystaline granular casing around their organic bodies, which is the rocky carapace that is most associated with the species. Due to this, they are increadibly hard to hurt physically with anything less than laser fire, although the species is famously averse to water due to the weight of their shells. Golems are also notable for having the hardest language to learn of any known Galactic race, with there being only a handful of translators able to communicate with the stone colossi in the galaxy. However, Golems are quite good at getting their points across without resorting to vocalisations, they are surprisingly expressive despite their stoney exteriors. This may be an evolutionary adaptation, as Golems traditionally live in large groups and very quickly form strong social bonds. This came as somewhat of a shock to the group looking to hunt down Omnion, as they found themselves accompanied by a young Golem, now known as Grawrp, that they rescued from Omnion’s prison. It is unclear whether Grawrp has much comprehension of the groups mission, but he has proven himself usefull due to his intimidating size and appearance, as well as his massive strength.