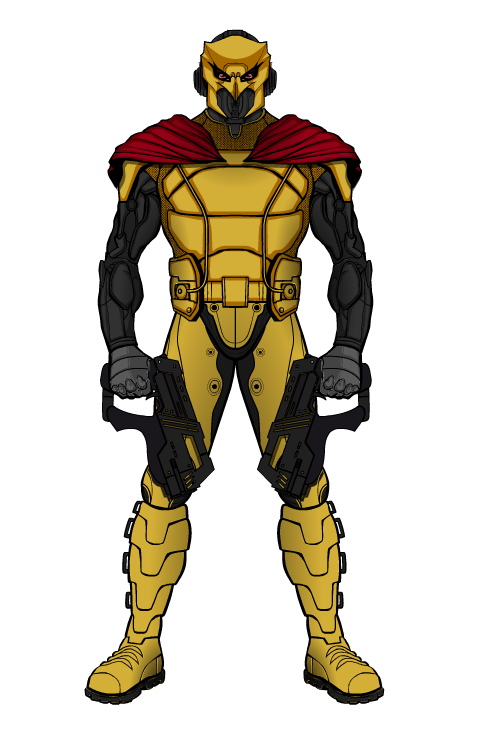 Throughout all of the planets that make up the Galactic Republic, the Damourans are known for their toughness and militaristic nature. Strong, fast and capable of functioning even after extreme injury that would dibilitate any other species, Damourans are often recruited as soldiers in the Republic Army, many even being used as the Councillary Guard, who protect members of the Cosmic Council from any threat. Aesia Kael was a captain of a Damouran platoon in the Galactic Army, when their ship was boarded by a group of Omnion’s Revenants, looking for fresh test subjects for their master. Though they gave as good as they got, even the Damourans weren’t a match for the cyborgs and many were captured, including Kael. After watching his men being tortured, experimented on and killed by the mad Svetalen, Kael swore that he would not rest until Omnion was dead by his own hand. Joining up with a group of other aliens with the same goal after a break out of Omnion’s prisoners, Kael is forced to work alongside a number of people he would normally despise, a bounty hunter, a Svetalen and even one of Omnion’s Revenants, in order to achieve his goal.