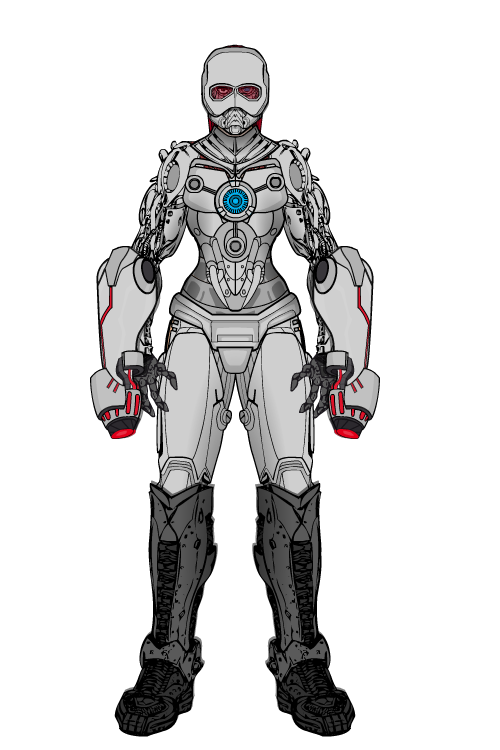 Bio: Born in the year 6759, Tyra Madison was a test pilot for Solaris Space Enginering company from the human colony of Titan. Her job involved testing the companies new space drives, both on short range and long range, the company would often send out long range test runs of their larger spacecraft with a number of smaller testable prototypes to save on cost and man-power, with multiple test runs running concurrently. Her last test was taking a sub-lightspeed cruiser for a test run whilst on a long-range test of a galactic class cruiser in deep space. However, there was a malfunction and her rear thruster blew out, sending her spiralling into a wormhole. As far as the records show, that was when Tyra Madison died. However, she was flung far back in time by the wormhole and the explosion of her spacecraft, appearing in exactly the same spot over 4000 years earlier. Her body was horrificly damaged by the ordeal and she was dead when she was discovered by a passing alien craft. Fortunately, the occupants of the craft were technologically skilled enough to craft Tyra a new mechanical body and restore her to life. Unfortunately, those same occupants worked for Omnion, who put his new Revenant to work capturing and control the subjects for his experiments. Tyra found herself unable to do anything by comply due to protocals installed into her mechanical body, but when her control chip was damaged during a scuffle with a prisoner, she found herself able to control herself again. As Omnion fled from the bountyhunters trying to kill him, she released all of his prisoners, who overwhelmed the guards and fled. Tyra would soon join with a group of aliens, including two of the prisoners, to hunt Omnion and punish him for his crimes, though certain members of the group find it hard to trust Tyra due to her past as a Revenant. 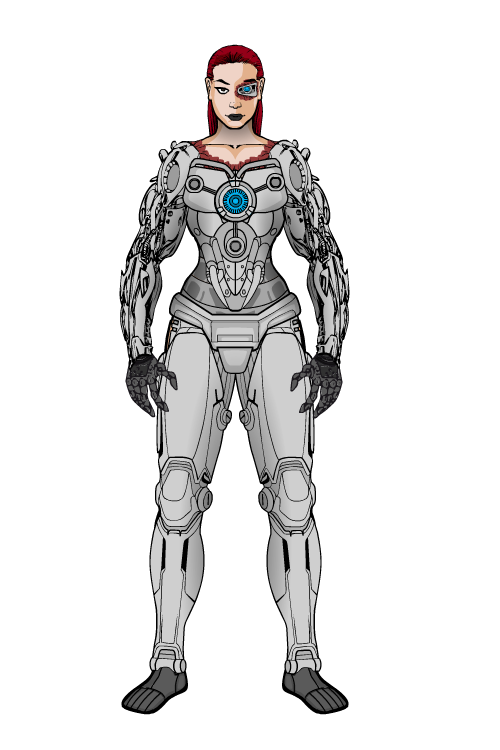