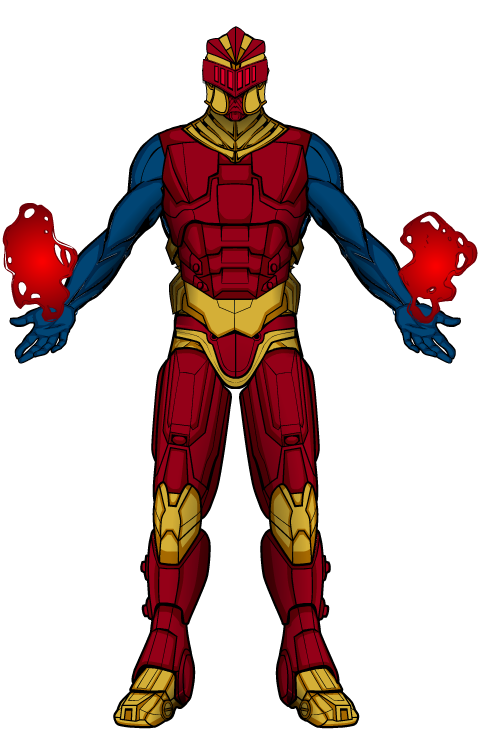 Once a brilliant, if somewhat arrogant and ambitious, Svetalen scientist on his home planet of Prisax-V, Cza Hama was given cosmic powers over time and space when the test run of a new hyper-space engine went awry. Refashioning himself as Omnion, he believes himself to be the strongest being in the universe and kidnaps members of various alien races to do battle with him to prove it. He also conducts horrific experiments to his captives, augmenting them so they prove more of a challenge to him and, if anyone should defeat him, he studies them extensively and invasively so as to learn how togrow stronger. However, his actions contrevened many of the Cosmic Councils laws and he now has a death sentance and a bounty of 1 trillion Credits in every civilised world in the Galactic Republic. At first Omnion welcomed the challenge of fighting off the universes most dangerous bounty hunters and law enforcement agents, seeing it as excellent research, but he was soon overwhelmed by the number of agressors looking to claim his bounty. He instead fled to a small semi-aquatic planet orbiting a remote star in the southern spiral arm of the galaxy, a place that was out of the reach of the Cosmic Council and Galactic Republic, a place abundant with native species that he could use to restart his research.