Here is Luther Cross, a former superhero and current team leader of SPARO, the american superhuman black ops agency. He has the power to control magnetism, which he uses to manipulate metal. He was once married to a fellow hero. As a symbol of their love, they had their rings enchanted to be indestructible. She was killed by a villain’s death ray and all that remained of her was her ring.

His wife’s death drove Luther to become angry and more violent. After nearly murdering a couple criminals, SPARO stepped in and offered him a job. They figured that his now more violent tendencies could be used to stop extreme threats. Luther accepted and his experience as a hero led him to become team leader of the assault team. To attack he uses his wife’s ring as a projectile, which can accurately and quickly kill his enemies. (Think Yondu’s quill) 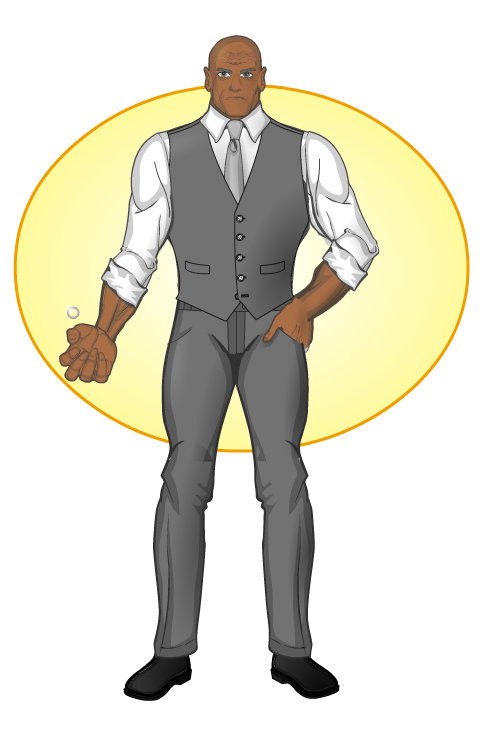