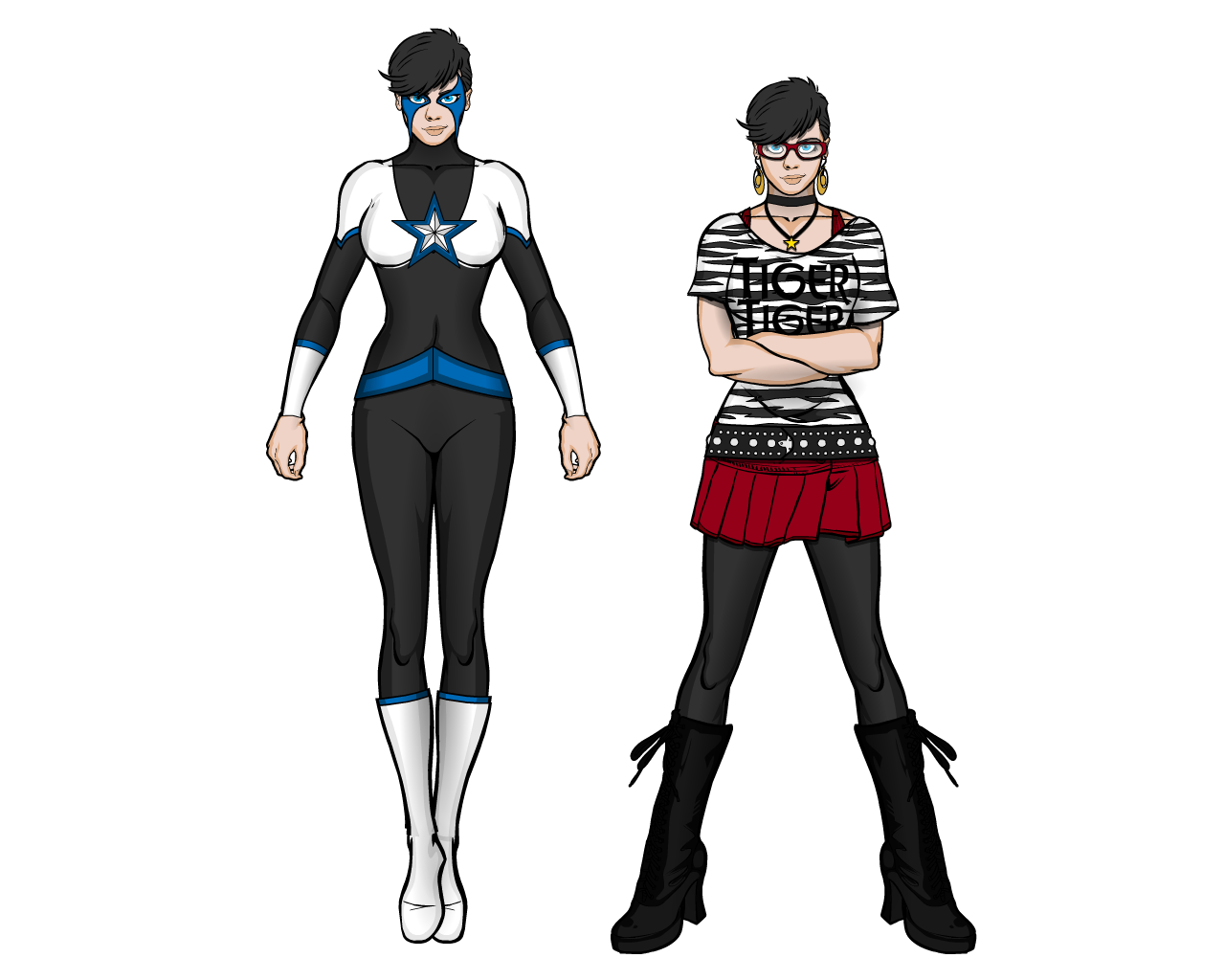 Profile: As a teenager, Lucy Falkner came across the wreckage of a crashed alien spacecraft. Unfortunately, the crafts engines were very badly damaged and it imploded, but not before Lucy was showered in a strange radiation. She was unharmed by the experiance, other than a few cuts and bruises escaping from the blast radius, but the radation had contaminated her system and given her the ability to fly and to control background cosmic radiation, even to project it in energy blasts. When her father, a failing publicist and PR man, found out, he saw an opportunity to get rich by turning his daughter into a work for hire superhero. Very quickly Lucy, under the pseudonym Star-Girl, became a bonefide celebrity and one of the most high profile superhumans on the planet, but she didn’t see much rewards from it. Her father took a large percentage of the profit, forcing Lucy to live off of an allowance and controlling every aspect of her life, from what she ate to who she was friends with. Lucy managed to find her way out of her fathers control when he began to get physical in his control of her life, taking him to court and making her identity public in the process. She was later contacted by W.I.L.D with the offer of becoming a member of their A Division, which she accepted as a means to keep herself out of the public eye, taking on the new identity of Superstar, as a sarcastic nod to her past.